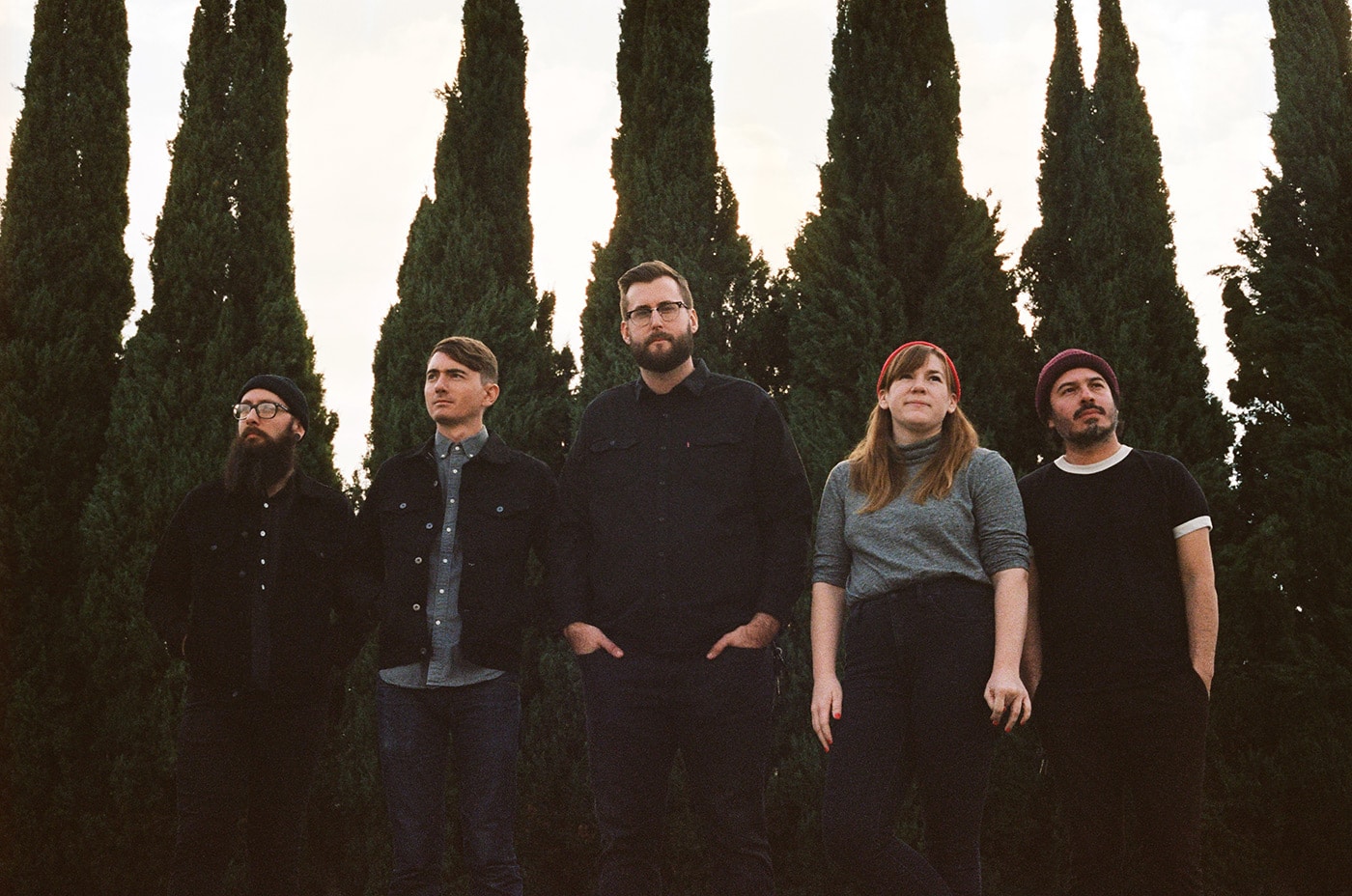 Five-piece punk band Spanish Love Songs have released a new music video for, ‘Self-Destruction (As a Sensible Career Choice).’ The track, which originally premiered on Brooklyn Vegan, comes off of the band’s sophomore album, Brave Faces Everyone, which was released earlier this year via Pure Noise Records.

On the song and video, lead vocalist, Dylan Slocum shares, “This song is about feeling trapped. People like to say ‘it gets better’ about depression or anxiety, but this is about that creeping feeling that it might not. That maybe you’ll be stuck feeling a certain way, or working a job you hate, or with a body you hate, forever.

“By the time we decided to do another video, the lockdown blues had gotten pretty intense. Being the ultra-positive band that we are, we decided to throw ourselves little solo parties and invited our fans to do the same. Four hours of footage later, it turned out we all needed the party more than we knew.”

Slocum continues to share about the new record, “Brave Faces Everyone is us honing in on what we think makes our band resonate with people — namely, the feeling that you’re not alone. These are songs about looking outward and finding that, for all our differences, most of us are just trying to get by as the world is going to hell around us. We don’t have any grand ambitions beyond that — we just want people to feel acknowledged. There’s comfort in knowing we’re on the same sinking ship. We want the album to be a knowing nod and a way to make the world a slightly more bearable, even if it’s just for 40 minutes.”

The ten-track album, produced by guitarist KyleMcAulay at Howard Benson’s West Valley Recording, is steeped in the same detail-rich storytelling of Bruce Springsteen, The Menzingers and Manchester Orchestra. These songs represent the situations Slocum, McAulay, and their bandmates bassist Trevor Dietrich, drummer Ruben Duarte and keyboardist Meredith Van Woert experienced during 30-some weeks of rigorous touring during the album cycle of their previous record, Schmaltz.

“When you’re young, you just want to be heard,” opines Slocum. The singer and guitarist of LA-based punk quintet, Spanish Love Songs, is referencing his band, but he could just as easily be talking about himself. Since forming in 2014, Spanish Love Songs certainly have been heard, from legions of underground audiences at The Fest and South By Southwest to outlets like NPR, who hailed the group’s 2018 album, Schmaltz,as a “wellspring of big ideas, bigger riffs and the biggest possible feelings about love, war, fear and existential crisis.”

Over the past six years, Spanish Love Songs have released two albums and an EP. With Brave Faces Everyone, the songs are character stories set in small-town America and anxious urban jungles alike, unfurling heartbreaking tales of addiction, depression, debt and death juxtaposed alongside looming societal bogeys like mass shootings, the opioid epidemic and climate change. They’re all at once personal vignettes and universal truths of life in the 2010s, the lines blurred between Slocum’s own experiences and those of his friends and acquaintances. It seeks to find balance between realism and optimism.

“If you sing something loud enough and long enough,” Slocum muses, “hopefully people are able to find some peace in that.” Brave Faces Everyone experiments with more traditional song structures and fewer forwardly caustic moments this time around haven’t dulled the band’s sound. If anything, they’ve accentuated the most important parts of it. When everything is loud and urgent, nothing is. But when Slocum’s voice swells to a roar on this new record, the undeniable power grabs you by the collar and forces you to pay attention — and that’s the difference between simply being heard and truly being understood.

Brave Faces Everyone is out now. For more information, please visit http://www.spanishlovesongs.com/.

In this article:New video, punk, Self Destruction, Spanish Love Songs