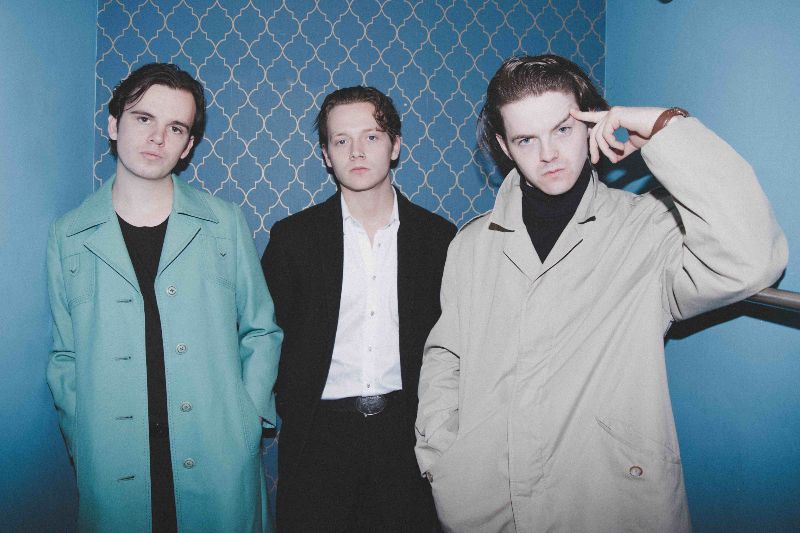 The Blinders have released a brand new track, ‘Lunatic (With A Loaded Gun’), which is taken from their upcoming album Fantasies Of A Stay At Home Psychopath, which is now scheduled to be released on July 17th via Modern Sky UK.

The track is a fiery anthem of defiance and addresses the ascendance of money-grabbing despots like Trump, who are out to destroy the world for profit, and the guilt of the complicit societies that vote for them.

The band comment, “ ’Lunatic (With A Loaded Gun)’ is a song that was written as a consequence of the USA’s separation policy and the resulting images of children being placed in cages separate from their families. It is perhaps one of the more literal songs we’ve ever produced where we allowed ourselves to take the images directly from the evening news and put them straight into the song. It is, however, not just an expression of anger at the policy, the complete collapse in morality that it represents or the administration that implemented it, but is also meant to spark a question of personal responsibility – questioning whether we can do more as individuals to prevent such abuses of power and humanity.”

The new single follows the release of ‘40 Days And Forty Nights’, which like the debut single ‘Circle Song’, have both been playlisted at BBC 6Music as well as receiving extensive support from Huw Stephens and Jack Saunders at Radio 1 and John Kennedy at Radio X.

In response to the current global situation, the band have debuted the first episode of a Fantasies of A Stay At Home Psychopath series, which takes a deeper look into their minds and day to day lives and how they are remaining creative during this challenging time. Watch the first episode here – it’s equal parts poetic, contemplative and compelling.

Lead singer and guitarist Thomas Haywood has also been busy recording sessions from home, including his recent performance of Oasis’ ‘Half The World Away’ and a beautifully moving cover of the 19th Century American folk song ‘Cotton Eyed Joe’. More sessions are being released on the band’s Facebook page over the coming weeks which will include further intriguing cover versions, as well as forthcoming album tracks.

The follow-up to their critically acclaimed debut album, Columbia, released in 2018, Fantasies of A Stay At Home Psychopath explores existential despair, mental health and society’s ills in a time of planetary crisis, and is both a riposte to, and commentary on, the rise of populist ideology. The album was recorded at Manchester’s Eve Studios alongside producer Rob Ellis (PJ Harvey, Anna Calvi), and mixed by Adrian Bushby (Foo Fighters, Muse).

Delivering a blistering collection of powerful tracks the new album is imbued with the visceral energy of IDLES, the twisted melodies of solo-era Lennon and the darkness of the Bad Seeds.

In September, the band will be heading out on a UK headline tour, including shows in Edinburgh, Leicester, Preston, Hull, Southampton, and a date at London’s iconic 100 Club. The dates have been rescheduled from their original tour in May.

In the shadow of Brexit, the climate crisis and the global pandemic, The Blinders have delivered their unique brand of outspoken anthemicism in a sensational album, designed to rouse awareness and inject vital energy into a bleak 2020. Combined with their blistering live energy, get ready for The Blinders to accelerate furiously into the limelight.

In this article:Lunatic With A Loaded Gun, Post punk, The Blinders, tour dates