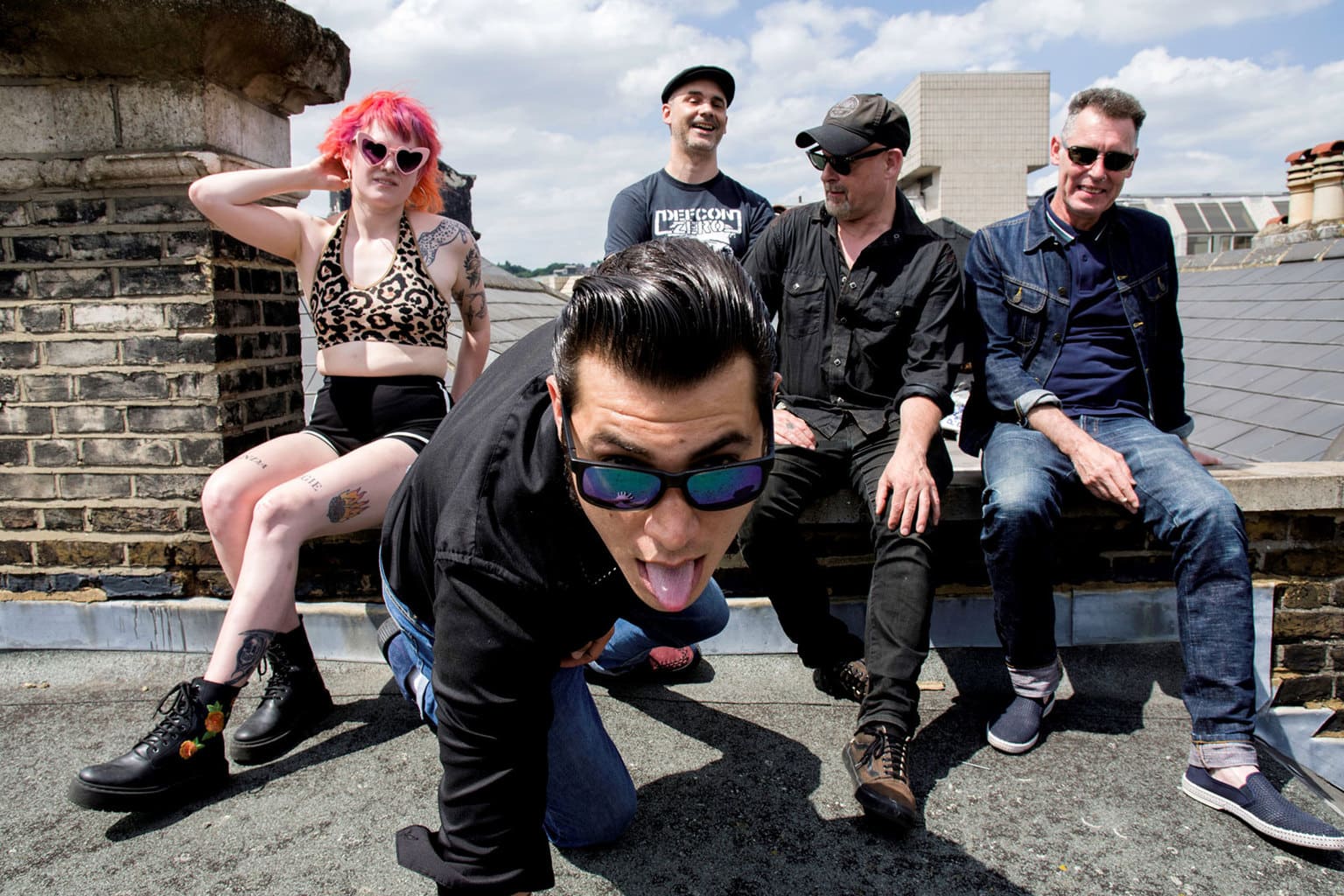 The Blue Carpet Band come on like Little Richard fronting The Stooges. It’s The Cramps playing with Knives. It’s frenzied, it’s electrifying, it’s primordial punk. This is the type of savage rock’n’roll you need in your life.

Formed in London in 2015, The Blue carpet Band released their first album ‘Rock’n’Roll Carpet’ on Flicknife Records in 2018. A favourite at almost every UK festival, they have been playing relentlessly up and down the country ever since, alongside multiple outings to mainland Europe.

Vive Le Rock magazine voted them Best New Band at their awards in 2019, before signing to Bomber Music and releasing the first new 7” single ‘Back In The Trash/Ain’t Got No Damn Rock’n’Roll’ in 2019.

A quick line-up change followed and now the band have a new drummer and guitarist – Ant Thomas and Stan Standen from Welsh psychobilly legends Demented Are Go! With this vibrant new line-up, the band returned to the studio to record a new album, the first results of which can be heard on horrifying new single ‘B-Movie Boogie’, released just in time for a horrible Halloween, available to stream/buy now and for pre-order on 7” vinyl through Bomber Music HERE:

“We are completely ecstatic to finally be releasing new music again, it feels like it’s been a lifetime,” says frontman Djamel Abina. “This first new single will also have our first video, a B-Movie horror clip. Now that we have Stan and Ant (ex Demented Are Go) as latest additions to the rock n roll madness that is The Blue Carpet Band, things are really starting to click. They both bring something special that adds the missing pieces we have been looking for over the past few years. We’re really looking forward to getting the album finished and out there next year.”

‘B Movie Boogie’ is a bombastic, high energy amped-up rockabilly strut that comes with a suitably trashy and terrifying B Movie video directed, edited, and shot by Craig Temple of Racketeer Pictures.

The Blue Carpet Band will return once spooky season draws to an end as the band prepare to take on 2022 with a new album and a renewed energy to take their ballistic rock n ’roll to sweat pits across the world.

The Blue Carpet Band are: