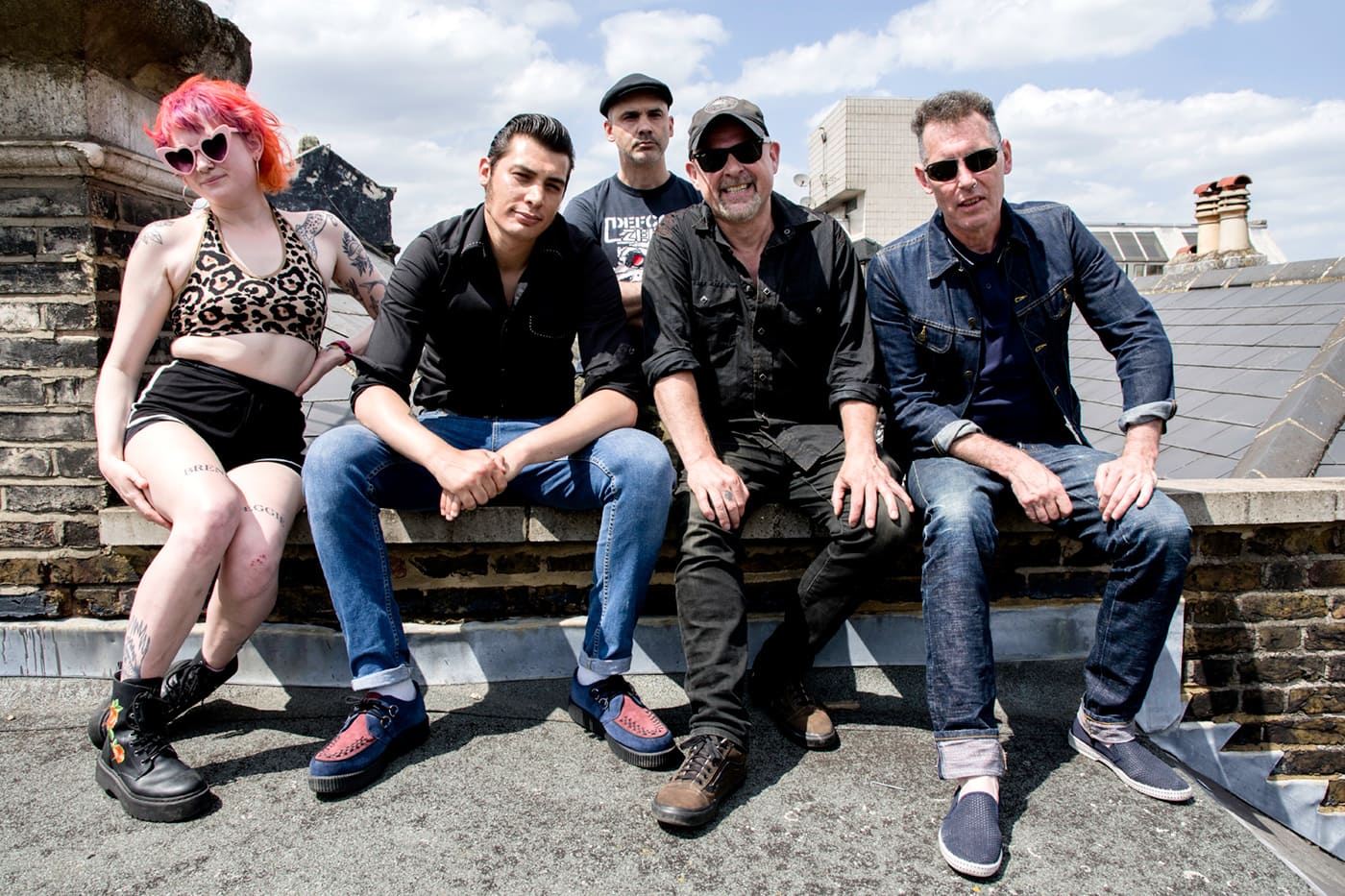 The Blue Carpet Band come on like Little Richard fronting The Stooges. It’s The Cramps playing with Knives. It’s frenzied, it’s electrifying, it’s primordial punk. This is the type of savage rock’n’roll you need in your life.

Formed in London in 2015, The Blue carpet Band released their first album ‘Rock’n’Roll Carpet’ on Flicknife Records in 2018. A favourite at almost every UK festival, they have been playing relentlessly up and down the country ever since, alongside multiple outings to mainland Europe.

Vive Le Rock magazine voted them Best New Band at their awards in 2019, before signing to Bomber Music and releasing the first new 7” single ‘Back In The Trash/Ain’t Got No Damn Rock’n’Roll’ in 2019.

A quick line-up change followed and now the band have a new drummer and guitarist – Ant Thomas and Stan Standen from Welsh psychobilly legends Demented Are Go! With this vibrant new line-up, the band returned to the studio to record a new album and now a new single, ‘The Slow Death Of Camden’, which follows the Halloween release of previous single ‘B-Movie Boogie’ from October last year.

Working and socialising in Camden Town, Blue Carpet Band frontman Djamel watched the wonderful entertainment and alternative hub of London gradually become sterile, pretend version of itself. Christmas trees erected in October, major brands taking over and the loss of iconic venues and drinking places have erased the edginess and excitement. The rock’n’roll bandits are all gone.

Djamel says “Stan’s guitar riff for this really drove me to sing something different on this song. It feels like a big step forward for us musically, we’re finally starting to find the sound we’ve been chasing. Lyrically the song is a lament, where have the rock’n’roll bandits all gone? What has Camden Town become? The death of Camden reflects the death of London as the alternative capital of the world.”

The Blue Carpet Band will return as they prepare to take on 2022 with a new album and a renewed energy to take their ballistic rock n ’roll to sweat pits across the world.

The Blue Carpet Band are: