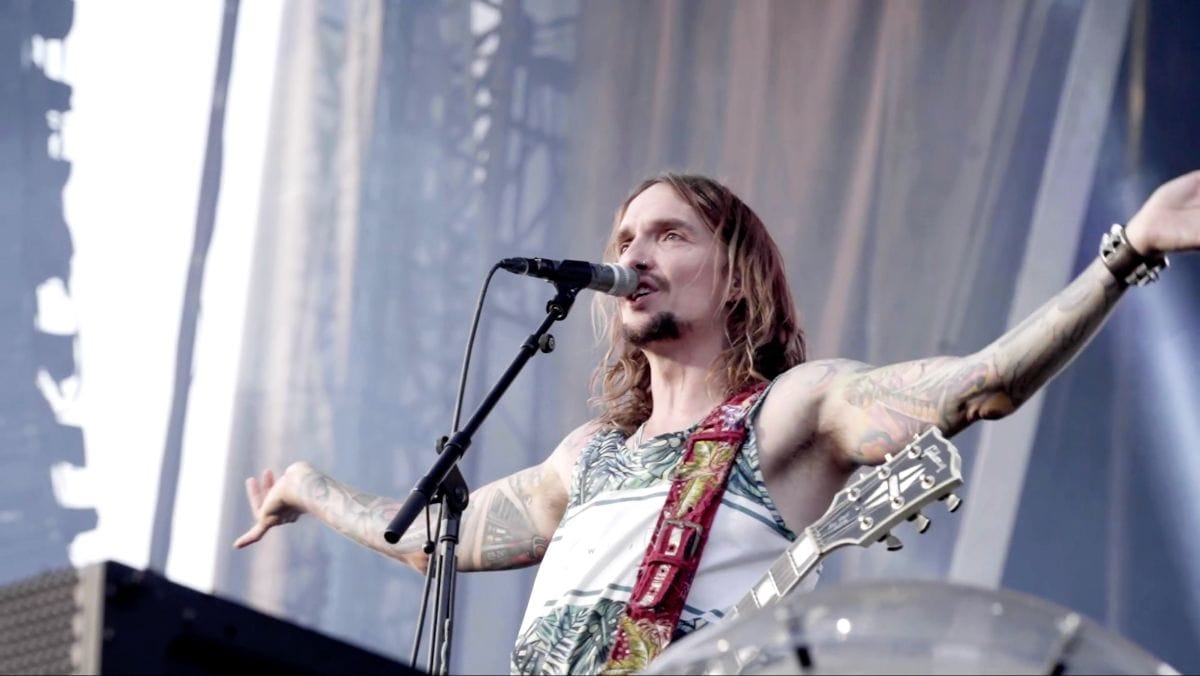 The Darkness have announced they are set to play their forthcoming jaw-dropping quasi-sci-fi concept album Easter Is Cancelled in full, alongside a set of their very greatest hits, on their upcoming headline tour.

To mark the announcement the band have released a new video for latest single ‘Heart Explodes’, taken from Easter Is Cancelled out October 4th via Cooking Vinyl.

The ‘Heart Explodes’ video captures the band on their recent stadium-sized outdoor tour as personally invited special guests and main support for fellow Suffolk-based musician Ed Sheeran with footage shot both onstage as well as featuring some intimate backstage hijinks.

Looking forward to the forthcoming headline tour frontman Justin Hawkins says, “Uncertain times call for the grandest of gestures. The Darkness are entirely pleased to announce that we will encircle the world with the wings of inclusivity, by performing our new magnum opus, Easter is Cancelled, in full, at ludicrous volume, FOR YOUR EARS AND MINDS! Come with us people – let’s fly to a future worth living in…”

Easter Is Cancelled is the band’s most exciting and diverse record to date, a mini-rock opera examining the role of the musician in the barbarous culture of the world today. At the heart of the tale is love, loss and heartbreak, where redemption is ultimately found in the brotherhood of band friendship and the power of the guitar.

‘Heart Explodes’ finds The Darkness baring all in a multitude of heartfelt emotions, while previous single ‘Rock And Roll Deserves To Die’ saw the band hailing the death of rock and roll in an epic five-minute masterpiece featuring monumental riffs, thunderous bass and almighty drums, alongside some beautifully delicate touches from the band.

As the band’s breakthrough 2003 smash hit ‘I Believe In A Thing Called Love’ surpasses over 100 million streams on Spotify, it’s fitting the band now come to release their latest defining album Easter Is Cancelled, which includes material that has been over 16 years in the making, one such track being ‘Live ‘Till I Die’.

Guitarist Dan Hawkins explains, “That song has been around since before Permission To Land. We played it at really early gigs. We tried recording it for every album, but it never worked. The difference is that Rufus plays on it.”

Easter Is Cancelled will be released digitally and in full technicolour physical glory as a standard CD, digipak CD with bonus tracks, gatefold LP, limited edition colour vinyl gatefold LP, Picture Disc and Cassette. The album is available to pre-order now from the band’s Official Store with special signed copies and exclusive album bundle offers. The preorder link is: https://thedarkness.lnk.to/EICPR

The Darkness will be spreading their Easter Is Cancelled message across the land with the full UK and Ireland headline tour this winter and will play 18 dates starting in November 2019. These shows promise to be incredibly special, reflecting the grand scope and vision of the album, alongside the finest hits from the band’s spectacular canon. Tickets are available here.

In this article:Rock, The Darkness, tour dates, Tour news 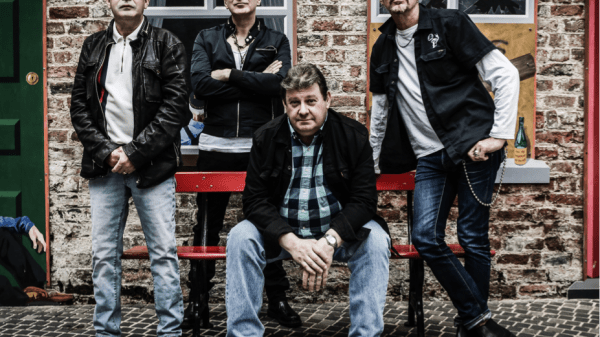 Eternal Punk Rockers STIFF LITTLE FINGERS tour kicks off next month on the 10th of March in Bristol finishing on the 26th with a show...