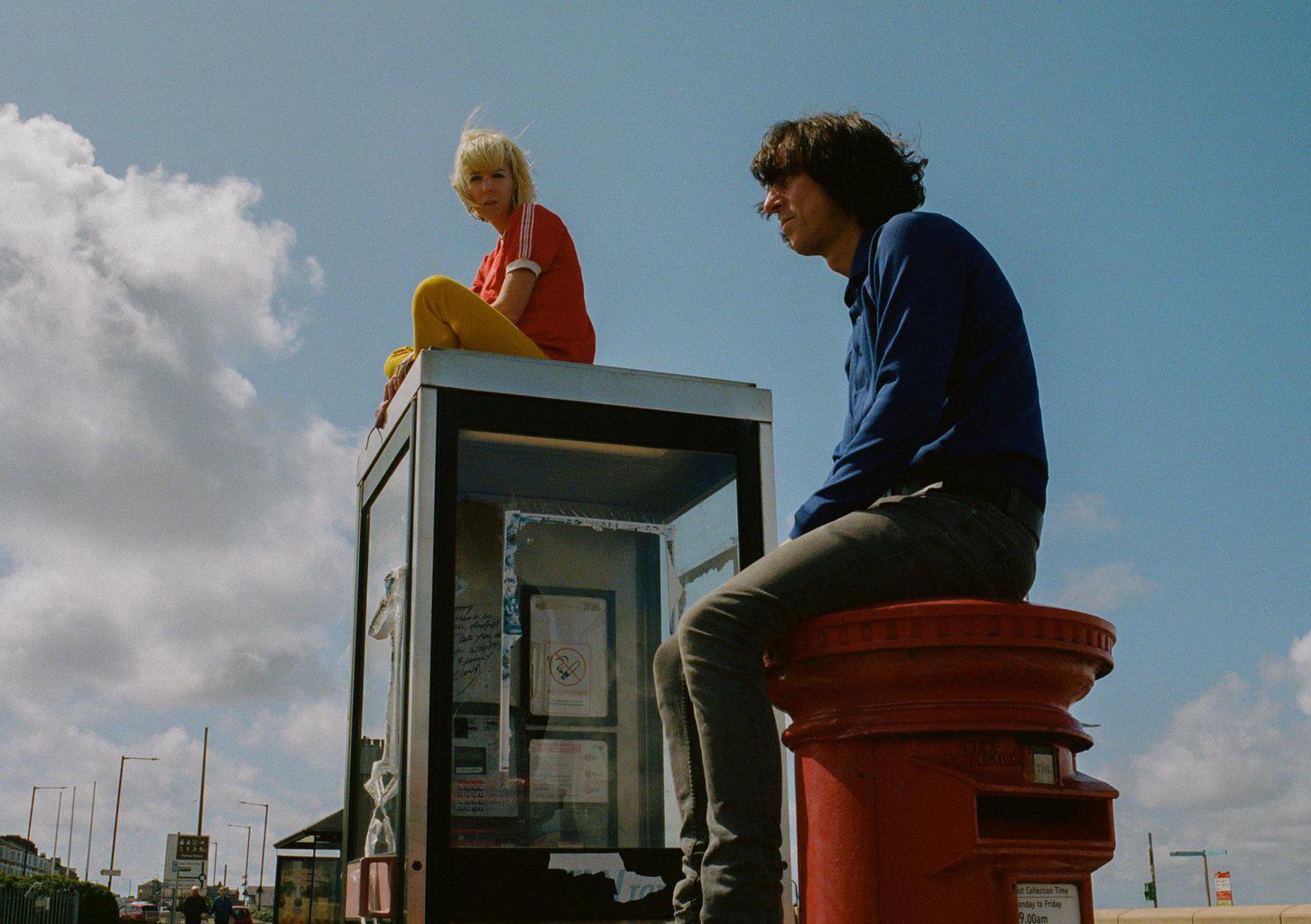 The Lovely Eggs will release brand new single ‘Long Stem Carnations’ on Friday July 10 on Egg Records. The track, taken from their number one selling album ‘I am Moron’ will be released on limited-edition coloured 7” vinyl. Backed by brand new B side ‘The Voyage’, ‘Long Stem Carnations’ was inspired by the Mars One programme, a global project which aims to establish a permanent human settlement on Mars. Applicants are offered a one-way ticket- never to see earth again. This fascinated Lovely Eggs Holly and David who drew parallels between this mission and their own isolation as a band. ‘Long Stem Carnations’ is a funeral march for society’s outcasts and freaks. It’s an existential voyage in cosmic form. “Is there an internal self-destruct button that cannot be destroyed?” said Holly. “We are all the pilots of our own ship. You’ve just got to remember it’s important to try and hang on and see the mission through.”

‘I am Moron’, bears the fruit of The Lovely Eggs second collaboration with Grammy award winning producer Dave Fridmann (Flaming Lips, Mercury Rev, Mogwai, MGMT, Tame Impala) at his studio in upstate New York. It captures the zeitgeist of post Brexit Britain and mysteriously seems to point towards the unimaginable future we’re now living in. Many songs on the album are about isolation and living a new way in a different world. When The Lovely Eggs made ‘I am Moron’ it was like they had a crystal ball.

Sonically, the album brings with it a mix of heavy psych, pop and strangeness. Some songs flicker between an earthly realism and the otherworldly loneliness of a one-way space mission.

‘I am Moron’ was declared “Album of the Day” by BBC 6 Music and received critical acclaim from the national press. The Sunday Times called it “A Triumph”, ★★★★ “I am Moron is much cleverer than it would have you believe”- The Telegraph, ★★★★ – I Paper, 9/10- Louder Than War, “An act of fine calibration of noise and sweetness”- Q, “Packed with their observations of modern culture and the utter madness of the current world”- Sunday Mirror, Album of the month- Classic Rock, “Their Best Record Yet”- Long Live Vinyl, 8/10- Uncut, “Anarcho spirit dominates”- MOJO, “Excellent”- Brooklyn Vegan.

Despite all of this deserved praise and success, the band have obviously been gutted to not be able to play live throughout this period, and due to the on-going Coronavirus situation, have made the tough decision to cancel all scheduled live appearances this year and have focused their attentions and hopes on a UK tour in February 2021.

“This is an absolute gutter for us but with little direction from the government, we don’t want to put people’s safety and lives at risk. We imagine that even by autumn even if gigs CAN happen, they’ll be very different to the usual Lovely Eggs experience and we don’t want that! We want the normal Egg-shaped chaos that you’ve come to expect from a Lovely Eggs gig.  So, we’ve taken the decision to postpone our touring until next year. All tickets for the old shows originally scheduled for April and rescheduled for July are now valid for the new shows in February. In the cases where we have seen a venue change/upgrade the tickets for the original show in that city remain valid. Our shows at O2 Ritz in Manchester and Heaven in London have been rescheduled to May. We really hope people hang onto their tickets, not get refunds and join us next year. We live to tour and tour to live. This is our life and our livelihood. Once this shitstorm is over. We want a party like no other!! Looking forward to seeing you all next year!”

The Lovely Eggs are willfully independent. With NINE BBC 6 music sessions under their belt, as well as sessions for Radio One and Radio X, they have enjoyed huge support from UK radio. And they continue to sell out gigs across the UK without the help of management, booking agent or record label support.

They have produced six albums. Fifth album “This is Eggland” saw their first encounter with Dave Fridmann as producer/mixer after Holly left a drunken message on his studio answerphone asking him to work with them. Dave got back in touch with them a year later and Eggland was born. It was released in February 2018 to critical acclaim, was added to the 6 music Playlist and announced by HMV as one of their Top 50 Albums of the year.

With observational and often surreal lyrics about life The Lovely Eggs have a powerful raw sound that creates the sonic illusion of a band twice their size and have become known for their ferocious yet joyous live performances. They’re undoubtedly the most real band in Britain, operating in a world when true authenticity is hard to find.

The Lovely Eggs are one of the most exciting, innovative and genuine bands of the Great British Underground. Welcome to their world. Welcome To Eggland!

Catch the band live at the following dates in February 2021:

Order the new album ‘I Am Moron’ HERE: