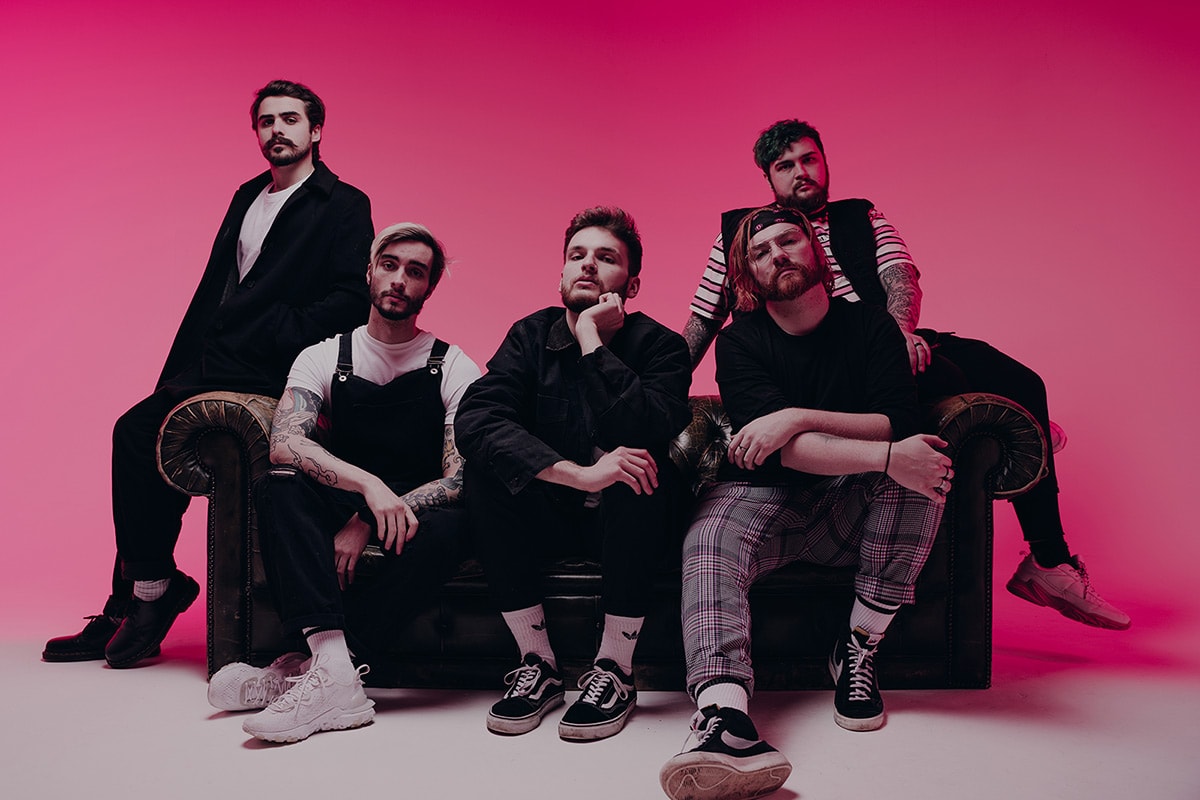 THECITYISOURS share the first taste of new music since the release of their critically acclaimed debut album ‘LOW’ with the powerfully cathartic ‘VIOLENT’. The track introduces new vocalist Oli Duncanson and is their first since signing to respected German alternative/metal label, Arising Empire.

Recorded, engineered and mixed by long-time collaborator Oz Craggs (Feed The Rhino, NECK DEEP, Mallory Knox) at Hidden Track Studios and mastered by Ermin Hamidovic (Architects, Periphery, Northlane) at Systematic Productions; ‘VIOLENT’ reflects on being present, accountable and more importantly, being able to learn from mistakes while continuing to grow for the better.

“Violent is arguably our most honest account as a band to date. Betrayal was never something we’d experienced before as a band, so dealing with events of this nature was a difficult but incredibly insightful process to experience. The progression from sadness to anger is always a difficult period to rationalise when contemplating the reasons for a relationship collapsing. In many cases, it’s clear that there are reasons or regrettable actions to contextualise a series of events. However, it does not mean that they hurt any less. This track lays it all out on the table, with a hope of providing some kind of solace for the pain, before picking ourselves back up and coming back, stronger than ever before.” – Mikey Page

Following the departure of long-standing vocalist Sam Stolliday (full statement HERE), the band unexpectedly found themselves in unknown territory. 12 months on, they are back with the introduction of new vocalist Oli Duncanson and ready to welcome a brand new era of TCIO. Oli recounts “I remember being shown some demos of some new songs prior to Sam’s departure and absolutely loving the direction and progression of the band’s sound… so as soon as Mikey told me about the opening in the band, I knew I had to take a chance!” Page adds “Oli has been a part of our team for a long time. He is a very well respected entity in his own right amongst the music scene. We’d seen snippets of his capabilities over the years, so when he registered an interest in becoming a part of CITY, we knew we had to explore…and we clicked instantly.”

THECITYISOURS is a 5-piece metal band from London who has quickly garnered attention and growing support for peers, industry and fans alike, with their high-octane live show and the success of their debut album. ‘LOW’ (2019) smashed into the top 5 iTunes metal charts with several singles appearing in editorial playlists with the likes of Amazon, Deezer and Spotify (Including 2 covers on New Core and Metal UK) supporting the band.

Be sure to keep an eye on THECITYISOURS in 2021.