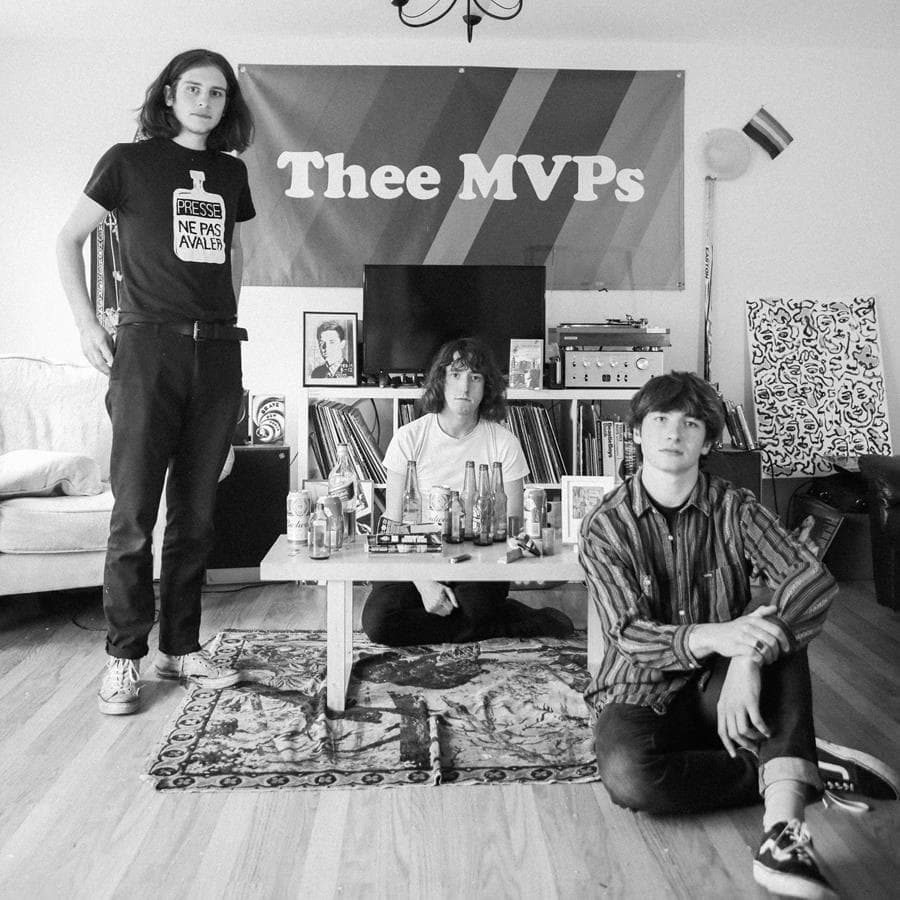 Today, Leeds’ Thee MVPs have shared their new single ‘You Ain’t It’. The track is the third and final single to be taken from their much anticipated debut LP ‘Science Fiction’, which is out today via Eeasy Records.

Speaking about the new single, the band says, “You may think at first ‘you ain’t it’ might be a diss track to you the listener but quite frankly it isn’t, it’s more meant for the dudes that think they’re the hottest shit for playing a bit of music, art really is for the people so stop making them feel like they haven’t got enough cool points to redeem a license to make it. It celebrates the mundanity of the day job you do to make this work, how hype doesn’t equal cash money, making and flogging your own shirts, paying for rehearsals, the stark crash back to reality after a tour and the extended olive branch to the person who thinks they may not be able to play music and get around on it.

D Boon said “Our Band Could be Your Life”, we most definitely took that too literally, and you should too.

To celebrate the release of their new album the band will also be live streaming a full album listening party via their Facebook page. The stream will be live from 12 NOON – 8PM BST today and will be available to listen to HERE.

‘Science Fiction’ is due out today via Eeasy Records – Order HERE

Thee MVPs are an incredibly focused, close knit group of friends who have found a sound that is completely their own whilst operating on their own terms. After years of nearly relentless touring that took them to the other side of the world and back, the band has fully articulated that sound with ‘Science Fiction’.

Recordedwithin days of the band moving from London to Leeds and mastered in Chicago with Shellac’s Bob Weston, ‘Science Fiction’ features 10-tracks of deceptively infectious riff-driven motorik grooves and beat heavy, high energy blowouts that demand movement. Each delivered with a sardonic smirk, these new tracks demonstrate the veteran quartet willingness and ability to renew themselves and the kraut/punk/garage/whatever-rock genre within which they operate, to expand on a sound that is hook heavy whilst also remaining challenging and innovative.

The band describe the new album as part-concept. Speaking about the themes behind the record, they say “the album ties in references and homages to Sci Fi with the modern millennial difficulties all of us face as we move away from our youth. Some themes include always having your crew to count on in the face of any dire straits, how being contactable 24/7 probably isn’t best for any of us and how really we’re not any more different/cooler/better/worse/charming/narcissistic than anyone else because we’re in a band.”

Fiercely independent and known for their remarkably hard working ethics, the band have already played over 350 shows internationally touring across the US, playing on sold out UK tours (one supporting Flat Worms), performing at a ridiculous 17 SXSW shows in 6 days including Desert Daze and Levitation, and supporting the likes of Surfbort, METZ, Twin Peaks, Ty Segall, Meatbodies, Dead Meadow, CFM, Night Beats, ORB and more. The band plan to tour relentlessly later in the year, but this time off the back of their best material yet.