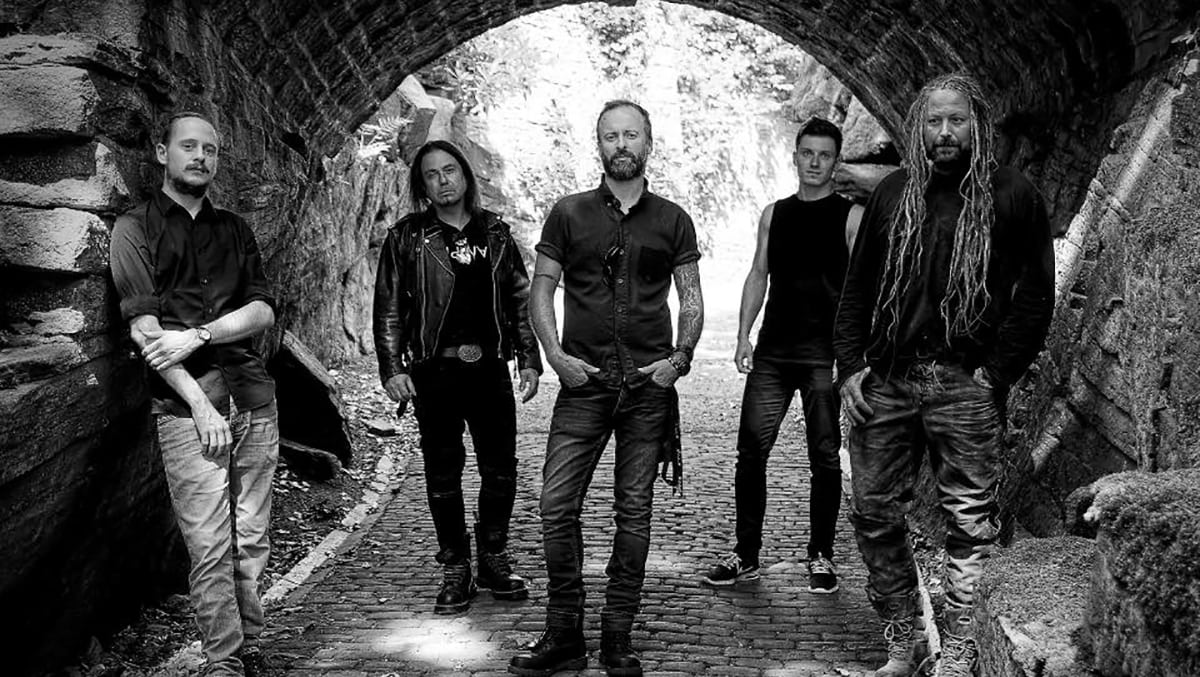 STREAM HERE
Sometime The Wolf have shared the video for their single ‘Ashes’, which premiered on Louder. The track is taken from their stunningly atmospheric debut album From Here And Earth, which they released earlier this year.

‘Ashes’ is a dramatic and powerful track, a dark and epic sonic masterpiece which gives a perfect taste for the treasures contained on From Here And Earth.

Drummer Lewis Peacock explains, “The lyrics to ‘Ashes’ were originally written around events during the holocaust. Many survivors recalled days when the ashes of the less fortunate would fall from the sky; spewed out by the chimneys at the camps. As the song matured, the theme broadened. We all go through our own trials in life. We fight for what we believe in, we work to change things; but in the end, we all become ashes on the wind.”

Set in a ghostly forest backdrop entwined with striking performance shots, the accompanying visual brings the dark, ethereal themes and brooding energy of the music to life.

“The video follows the journey of a man leaving possessions behind, travelling towards and eventually reaching the end,” continues Lewis, “The exact meaning behind this is open to the interpretation of the viewer. We believe everyone will be able to relate a struggle of their own to this, especially in these strange and trying times.

“Whilst it may sometimes feel like you’re alone, that’s very rarely truly the case. Even if someone can’t entirely understand your personal struggle, it doesn’t mean to say they haven’t been through similar and come out the other side. And whilst we aren’t all here forever, the choices we make, the things we do… They all live on.”

Sometime The Wolf have risen from the wilds of Preston, Lancashire, surfacing with a modern approach to gothic metal that’s laden with layered effects and melodic soundscapes fuelled with intricate guitar riffs and topped by the emotive tones of vocalist Drew Freeman.

Inspired by bands such as Fields of the Nephilim, Tiamat, Behemoth and Karnivool, the band have inspired a growing legion of followers and at the start of 2020 they released their transfixing debut album From Here and Earth, via Transcend Music.

Packed with dynamic drama and mystery, the album offers nine hypnotic tracks that stand strong as a statement of intent, instantly establishing Sometime The Wolf as a major force to be reckoned with. LISTEN HERE

The five-piece – consisting of Drew Freeman (vocals), Lee Fury (Guitar/Vocals), Joe Walsh (Guitar), Korv Sutch (Bass) and Lewis Peacock (Drums) – are a mesmerising live force. Current upcoming tour dates have been postponed due to the COVID-19 outbreak, but will be rescheduled for a later date.

The band will still be playing at this year’s HRH Goth Festival in September.
12th September
O2 Forum, London

Find out more at https://www.sometimethewolf.co.uk/