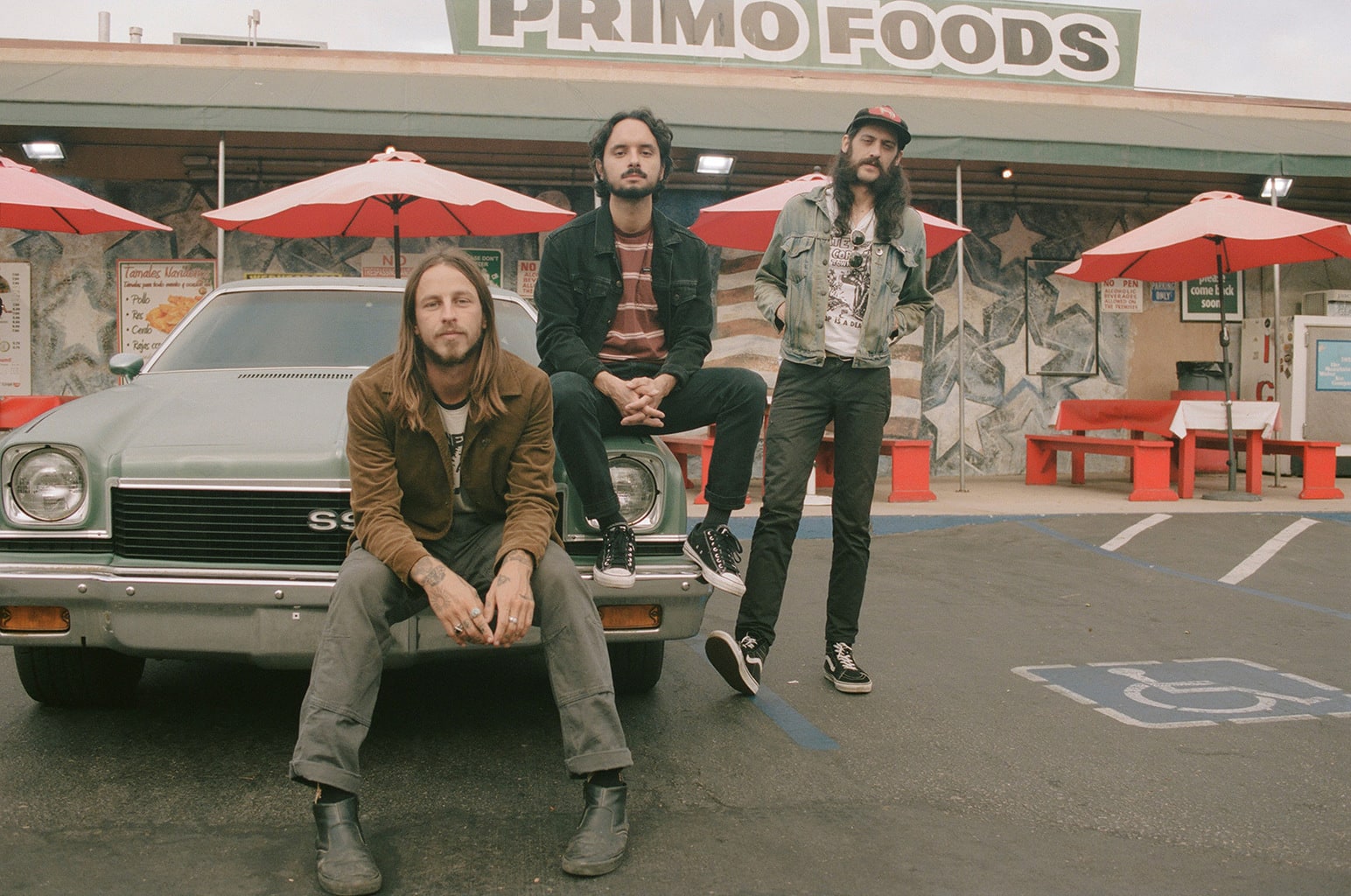 Fronted by Riley Hawk, the pro-skater son of Tony Hawk, San Diego power-trio Warish take all the grind and grit of skateboarding and funnel it directly into the noisy punk-metal assault of ‘Next To Pay’, their forthcoming new album, due April 30th via RidingEasy Records. Their mix of early AmRep skronk, dark horror rock and budget doom antipathy is taken to a whole new level. Today, we get to sample another sharp taste of the album’s maniacal bludgeoning with ‘S.H.M.(Second Hand Misery)’ and its wonderfully bizarre new video featuring American kids TV’s most famous dancing dinosaur Barney, who provides a joyous juxtaposition to the songs charging overdriven fuzz attack.

“This video came to mind when I heard ‘If You’re Happy and You Know It’ by Barney playing somewhere and I was in a bad mood and was thinking ‘this song is kinda evil sounding’. Then I went home and instantly started editing the video to the track ‘S.H.M.’ because it’s the polar opposite. It fitted nicely I thought,” laughs Riley.

Given that ‘Next To Pay’ is about, as stated by Riley “a sense of imminent doom, everyone is going to die,” and is certainly not “the happiest record”, Barney’s appearance provides surreal relief to the songs seething desperation.

Inspired by early-Nirvana, The Misfits, The Spits and ‘Master of Reality’-era Black Sabbath, ‘Next To Pay’ keeps things heavy and pummelling at all times. The guitars are heavy and powerful, though decidedly not straightforward cookie cutter punk; more like Greg Ginn’s and Buzz Osbourne’s wiry contortions, and occasionally drenched in chorus effects. The rhythms bash right through it all with aggressive force ensuring that nothing gets overly complicated. Warish’s cover of 80s DischordRecords punks Gray Matter turns the emotive flail of ‘Burn No Bridges’ into a Motorhead style basher.

“This album is more of an evolution, it’s a little more punk-heavy,” Hawk says of the group quickly founded in 2018. “We figured out what our sound was.” And with that evolution comes a change in the lineup. Original drummer Nick (Broose) McDonnell plays on about half of the songs, while new drummer Justin de la Vega brings an even tighter urgency to the remaining, more recent tracks. Bassist Alex Bassaj joined after the debut album was recorded and here showcases muscular and melodic low end previously missing.

‘Next To Pay’ will be available on LP, CD and download on April 30th, 2021 via RidingEasy Records. 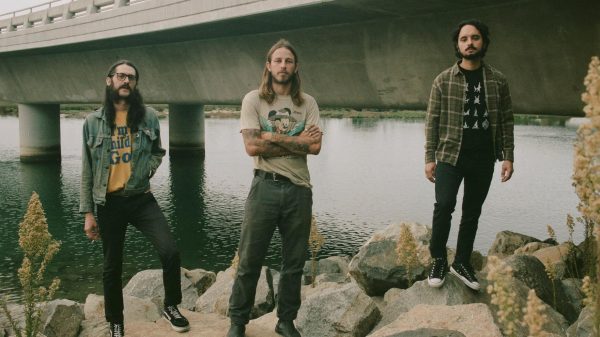 With a name like Warish, the San Diego noisy punk-metal trio assured listeners they were in for a maniacal bludgeoning from the get-go. But...