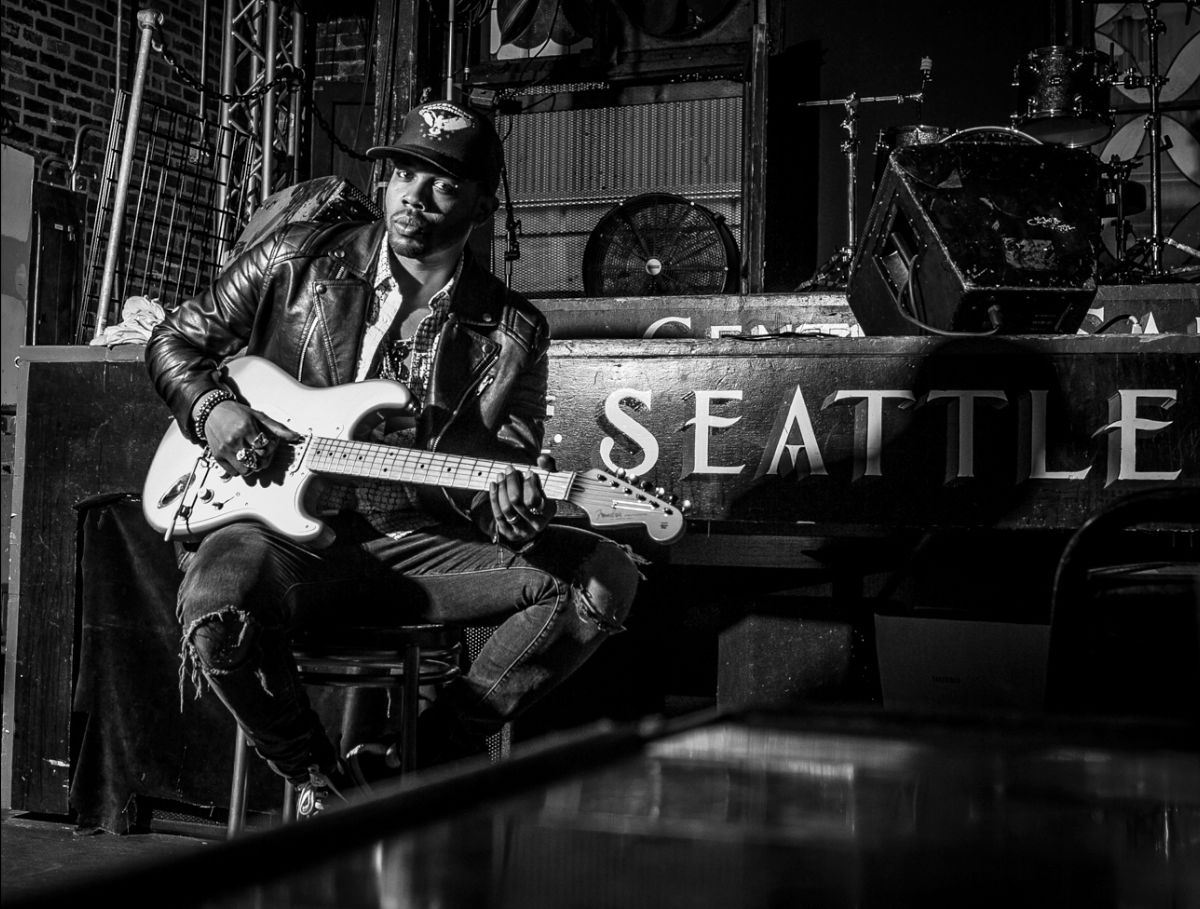 Rock singer-guitarist Ayron Jones has upped the intensity of his Top 20 US hit ‘Take Me Away’(Big Machine/John Varvatos Records), from the top of Seattle’s iconic Space Needle, the legendary London Bridge Studio, Dicks Drive In and Gold Creek Pond.

Jones’ delivers explosive performances with unflinching vocals over squealing guitar riffs. Throughout the music video filmed in his hometown, Jones’ solo scenes mirror the stark reality of his lonesome childhood as the band clips amplify the turbulent message. He chatted with fans earlier today ahead of the premiere on YouTube, which you can watch HERE.

“’Take Me Away’ is a tale told by a kid from Seattle,” explains Jones. “A story of freedom actualised through perseverance. It is my hope that this music video will remind the world what it means to be American. Rock and roll is synonymous with our pride and as stubborn as our spirit. It will never die.”

Dichotomy is prevalent in Jones’ songs; he channels turbulence into soaring melodies, and struggle into brilliant art. The resulting sound is inspired from his diverse musical influences and the rich music landscape he grew up around as Jones creates a style uniquely his own. The Seattle Times praises “Jones is a club-proven guitar blazer” who has been “earning co-signs from some of the city’s biggest names in music along the way.” American Songwriter declared, “Emerald City rock ‘n’ roll expert, Ayron Jones is the sound of the storm on the horizon.”

The gritty, genre-blending artist built early critical acclaim independently with The Spokesman-Review boasting, “Jones is taking on Seattle’s musical history in a new and contemporary form.”

The Northwest city has championed Jones’ sound with consistently sold-out shows and an embrace from Seattle music royalty including Duff McKagan and Mike McCready. His reach extends well beyond the region too, opening for Guns N’ Roses and B.B. King, plus dates alongside Run DMC, Public Enemy, Rahkim, Jeff Beck, Theory of a Deadman, Robin Trower and Spearhead. Jones has also worked with Sir Mix-A-Lot and Screaming Trees drummer Barrett Martin and Eric Lilavois.

Most recently he surprised fans with a striking rendition of the National Anthem during Sunday Night Football’s Seahawks and Patriots Game. Watch now: https://www.youtube.com/watch?v=Dx6ghJhB5E8.