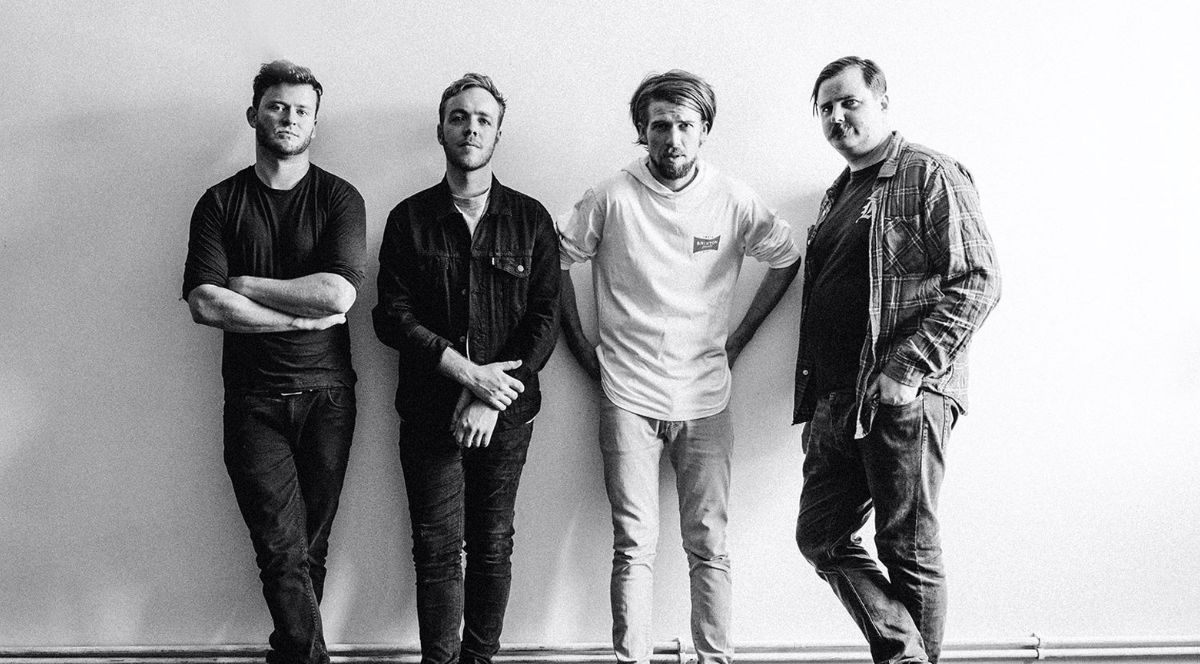 Album released on April 16th on all digital platforms and vinyl release will be this Autumn. Pre-order the vinyl – HERE

BLACK PEAKS performed possibly their greatest yet show at The Brighton Centre, their iconic hometown venue, to an audience of zero. A sign of the times for sure, but thankfully, they captured the show for an incredibly special Audiotree Presents ‘Live At The Brighton Centre’ streamed performance that is currently airing on Veeps through Audiotree. The band can today also announce that the show has been recorded for prosperity with producer Mark Roberts, and will be released as a full live album on digital platforms on Friday April 16th and is available as a vinyl release, pre-order from – HERE

The vinyl is made from 100% recycled PVC vinyl with FSC certified environmentally friendly and socially beneficial paper packaging made in a climate neutral facility with almost complete CO2 savings. Vinyl release will be this Autumn.

‘In December 2020 we had the opportunity to play a live show. Like most bands, we had barely all been in a room together in the whole year. It goes without saying that with limitations on public gatherings in place for the foreseeable, we we’re only too aware that a streamed live performance was the only way we’d be able to ‘play live’ during this period, so threw everything we could at it…..The Brighton Centre seemed like an obvious choice – it’s one of the biggest venues in our hometown and it has always been an ambition of ours to play on that stage. We also reached out to some regular collaborators in video, lights and sound and their work looks and sounds incredible. Performance wise we wanted to make something that was a perfect snapshot of the band – playing songs from across our catalogue but also playing tracks that we might not at a ‘regular’ live show. We’re super proud of what we’ve put together here, so much so that it seems like a no-brainer to put it out on a vinyl release later in the year. We can’t wait for people to see and hear it!”

‘King’ from the show, which can be seen here

The stream show is still available to view, and the direct ticket link is – HERE

Formed in 2011, BLACK PEAKS have released two full length albums to huge critical acclaim, ‘Statues’ in 2016 and ‘All That Divides’ in 2018. The band have been on the Radio 1 playlist, performed live for Annie Mac, as part of Radio 1 Rocks, for Huw Stevens as part of the Radio 1 road to the Big Weekend, graced magazine covers, headlined festival stages, and toured the UK and Europe with the likes of Deftones(as main supoort at Wembley Arena), Mastodon, System Of A Down, Prophets Of Rage, Dillinger Escape Plan, A Perfect Circle, Enter Shikari and many more.

In this article:Black Peaks, Hard Rock, Live At The Brighton Centre