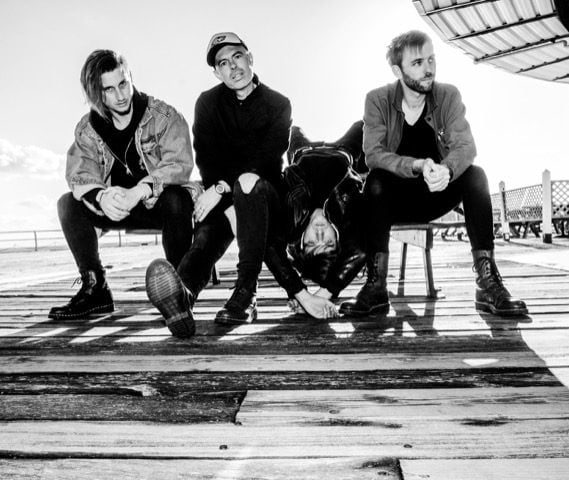 Formed in Colchester by brothers Johnny and George Marriott, the pair sign-up with the label to unleash the feral thrills of their debut album: ‘Fractured Party Music’, set for release on 12th March 2021.

Mixed and mastered by friend and fan Frank Turner, the four-piece can reveal the first single to be lifted from the record: ‘Pavlovian’. Watch the video here

4 Minutes of piledriving punk-rock that recalls the Sex Pistols through to Enter Shikari, ‘Pavlovian’ demonstrates the band’s barbed wit and razored riffs at their sharpest. A track that in its nature demands your response, it paves the way on a trail of destruction that leads all the way to: ‘Fractured Party Music’.

Pet Needs were born when guitarist George landed on his brother Johnny’s sofa in Colchester after abandoning a job in a Midlands petrol station for the dazzling lights of north Essex. They didn’t have a plan. But they had guitars. Composing a clutch of anti-anthems inspired by the disastrous job interviews, self-destruction and river journeys on inflatable kayaks that had defined their lives so far, their idiosyncratic lyrics and effusive energy soon began to attract all the right attention. Bringing Jack (drums) and Rich (bass) on board to complete the line up, Pet Needs quickly rose through the live ranks to smash sets all across the UK and beyond. Sharing stages and festival bills with the likes of Muncie Girls, Buzzcocks, Maximo Park, PiL and The Undertones, it was their explosive live performance at Camden Rocks that would see them win-over the future producer of their upcoming album: Frank Turner.

Like all other bands, Pet Needs were forced off the road in 2020, but took it as a sign to complete their long awaited debut: ‘Fractured Party Music’. Coruscating the modern malaise with sneers at pretence, musing on artistic ambition versus commercial success, and tales of creativity and failure, ‘Fractured Party Music’ will be a topical blitz upon apathy. Calling on Frank Turner to harness the collision of frenetic energy they have stored up in months bereft of live shows, expect a seismic studio record of screeching feedback and cynic-baiting lyrics capable of blowing away even the heaviest lockdown hangover.

Aiming to shatter expectations for what passes as intelligent rock music in the UK, Pet Needs will release ‘Fractured Party Music’ on 12th March 2020. Stay tuned for new music and further details in the new year…