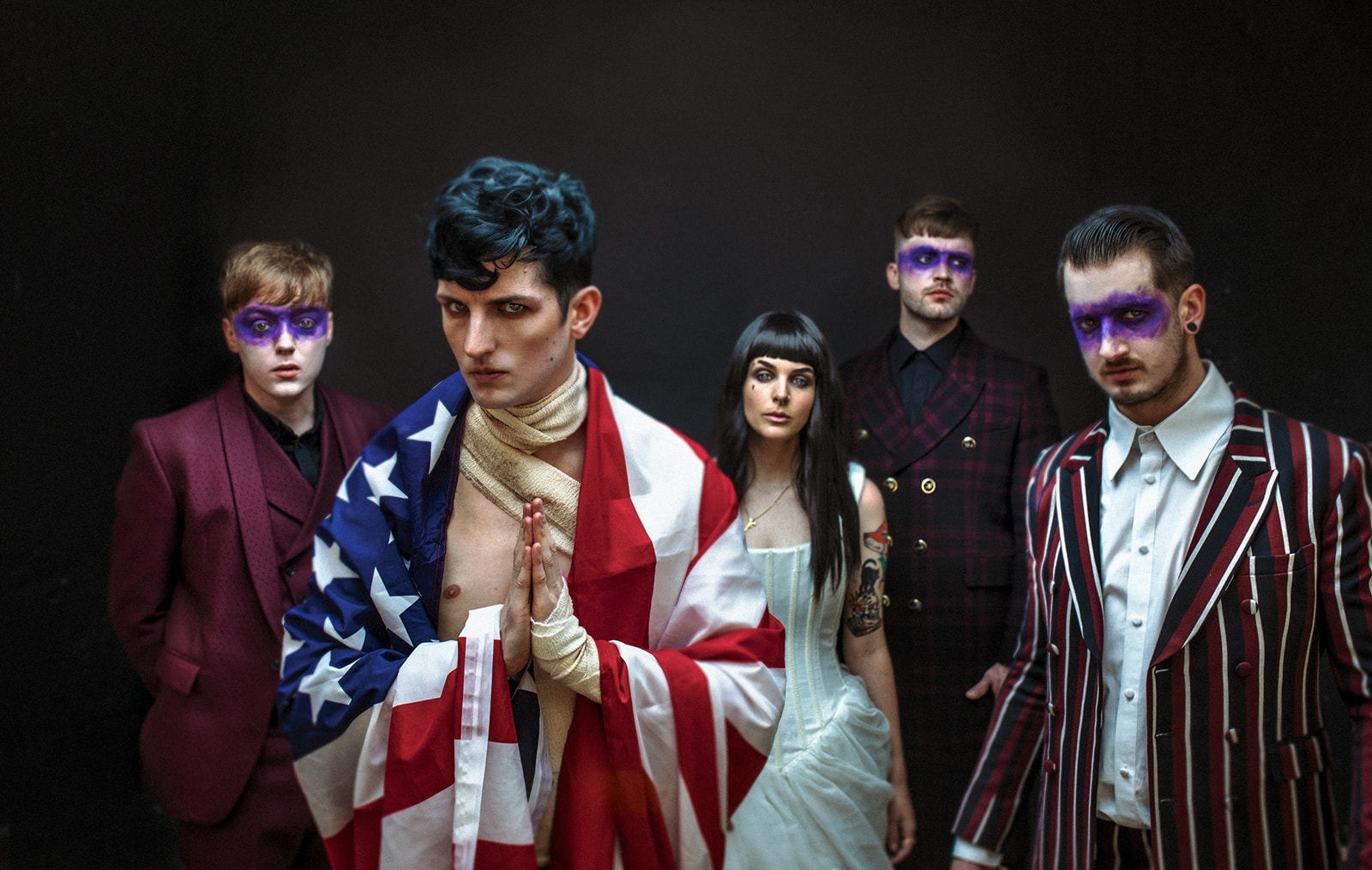 It has already been a remarkable summer for CREEPER. Their recent single ‘Midnight’ emerged to huge adoration, extending a relationship between the band and their fan community that’s quite unlike any other. The single was supported with airplay from Annie Mac, Jack Saunders and Daniel P Carter at Radio 1, alongside praise from DIY, Dork, Kerrang!, Louder, NME and The Line of Best Fit. But the defining moment came with an emotionally charged second stage headline set at Download Pilot, as CREEPER’s first live show in 16 months proved to be one that no-one present will ever forget.

CREEPER now add to the attention they have earned in recent weeks by sharing the new single ‘America At Night’. The track further previews their new EP ‘American Noir’, which will be released on July 30th.

‘America At Night’ is indicative of CREEPER’s ever-expanding ambition. Its initial funeral march rhythm gradually grows in texture as it takes on a cinematic majesty, with emotive piano, stirring strings and arguably Ian Miles’ most evocative and timeless solo to date. As ever, Will Gould brings a black-hearted showman quality, as he builds from solemnly intoned poetic twists on pop culture references towards a sky-scraping hook.

Gould says, “‘America At Night’ finds our character Annabelle in mourning after the death of forbidden lover, Roe.

Written in the heart of Hollywood, California, the home of the romantic tragedy, this is one of the most dramatic pieces we’ve ever created.”

‘America At Night’ further fuels anticipation for ‘American Noir’. A requiem to Roe, the central character from their Top 5 album ‘Sex, Death and The Infinite Void’, the EP puts a new focus on keyboardist and second vocalist Hannah Greenwood, while the band’s ability to conjure atmospherics is further developed with three mood-setting interludes.

‘American Noir’ is now available to pre-order here, and will be released on digital and physical formats. In addition to the standard artwork, there are two limited edition variants featuring the characters Roe and Annabelle.

CREEPER will further preview the release of ‘American Noir’ with a special headline livestream show which commences at 8pm BST (12pm PDT / 3pm EDT) on July 25th. Free to watch exclusively via Twitch, the show is part of the There Is Light concert series, and will be streamed live from The Lafayette, London.

This December will finally see CREEPER embark upon their first full headline tour since the release of ‘…Infinite Void’. Now close to being sold-out, the tour includes their biggest London show to date at the O2 Forum Kentish Town. The band are also set to play Reading and Leeds in August, while 2022 festival plans are taking shape with Mad Cool and Vainstream Rockfest already confirmed. Please see here for ticket information.

The UK dates are: