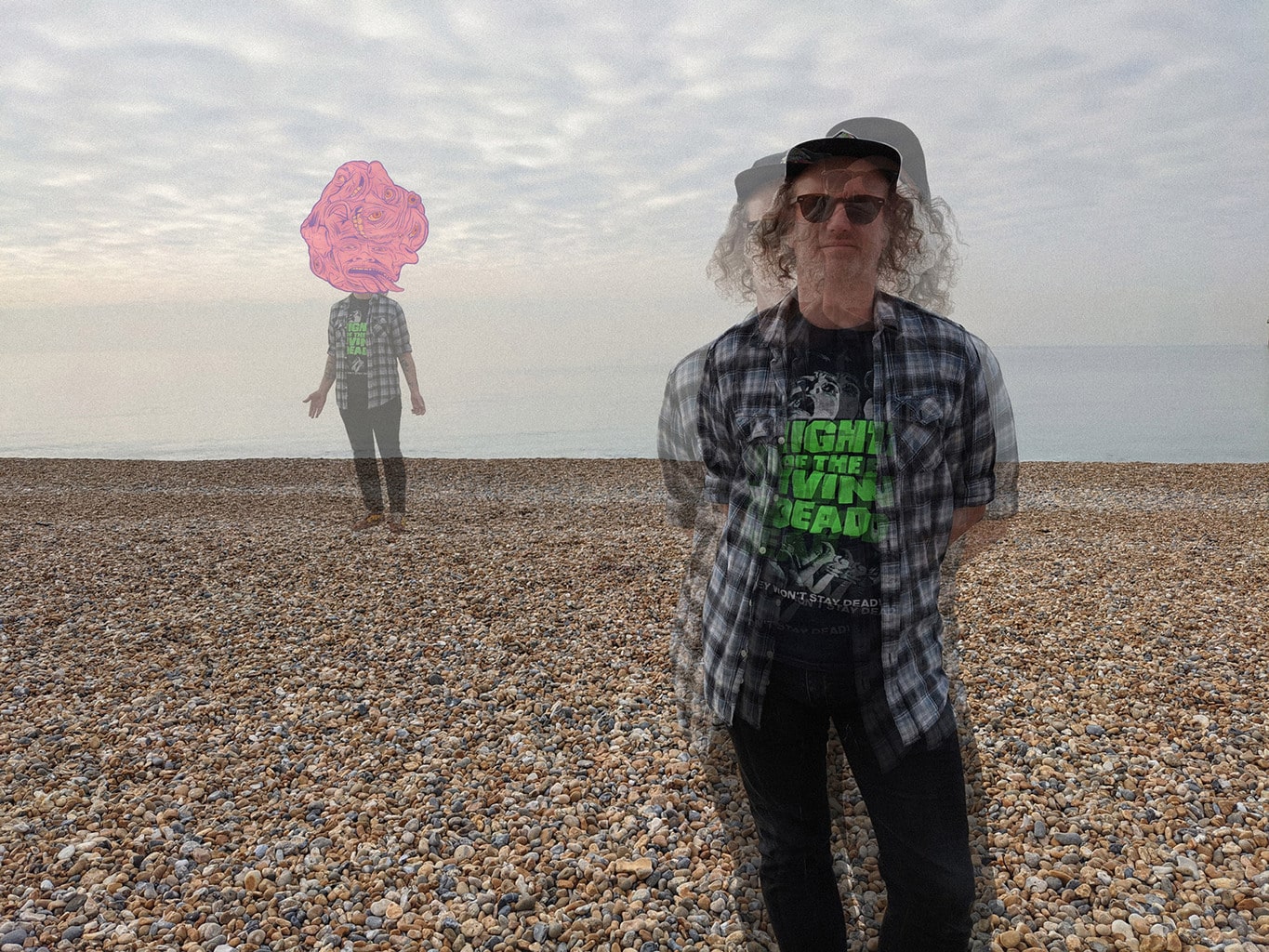 Built in the crystalline shadows and existential backwaters of the psyche, Dez Dare constructs psych-hymns, soft-punk, that punches you in the brain while tenderly calling you to inaction.

No other time calls for expression more than times of suppression. Trapped, caught in reclusion under the germs’ eye, Darren Smallman (BATTLE WORLDWIDE, Low Transit Industries, Thee Vinyl Creatures, The Sound Platform, Warped) built a Frankenstein’s Monster within his house. Bolted together with old pedals, guitars and synths, a collection of tracks were produced that muse on existence, social normality and the illusion of reality, the first fruits of which can be heard today in the contorted shape amid flashing dayglo colours of new single ‘Dumb Dumb Dumb’, lifted from the forthcoming new album ‘Hairline Ego Trip’, due this June 4th via Ch!mp Records.

“I have a strong distaste for nationalism,” says Darren of the new single. “I want to push against entrenched views, closed borders and minds of large groups of the human race. There are a lot of fights happening at present around the world from climate to right-wing hysteria to unfettered capitalism and we need to work together as an animal of the same kind rather than separated by space, colour and tradition.”

Gloriously homemade and rattling with over-driven energy and wild guitar blares, ‘Dumb Dumb Dumb’ is an utterly infectious earworm that embeds itself deep within once digested, and the perfect introduction to Dez Dare, and Darren Smallman’s intoxicating world.

Darren grew up in Geelong, a port city located on Corio Bay and the Barwon River, in the state of Victoria, Australia where he became involved in the local punk and rock scene in 1990, playing in a band called Warped, sharing stages with the likes of 5678s, Fugazi, The Dirty Three and the Hard-ons, going on to play in multiple bands spewing out sludgy punk rock, heavy drone and noisy pop abundance. Darren was embedded in the scene, playing music, running labels (founding record label and touring company Low Transit Industries in 1999 working with bands such as The Essex Green, Lilys, Elf Power, Okkervil River, Of Montreal, Black Mountain, Trans Am and CW Stoneking,) before moving to the UK in 2010 where he has operated ever since.

“This album is about the disconnect the human race has built between themselves and the natural world. How we are collapsing as a society through digital technology, capitalism, religion, nationalism. The failures of the human psych and the beauty in the world around us we fail to see.”

Dez Dare helps to shine a light on that beauty. A wonderfully vibrant, colourful world of sound and vision.

Transmission one ends here. Tune in soon for the next pulsation.