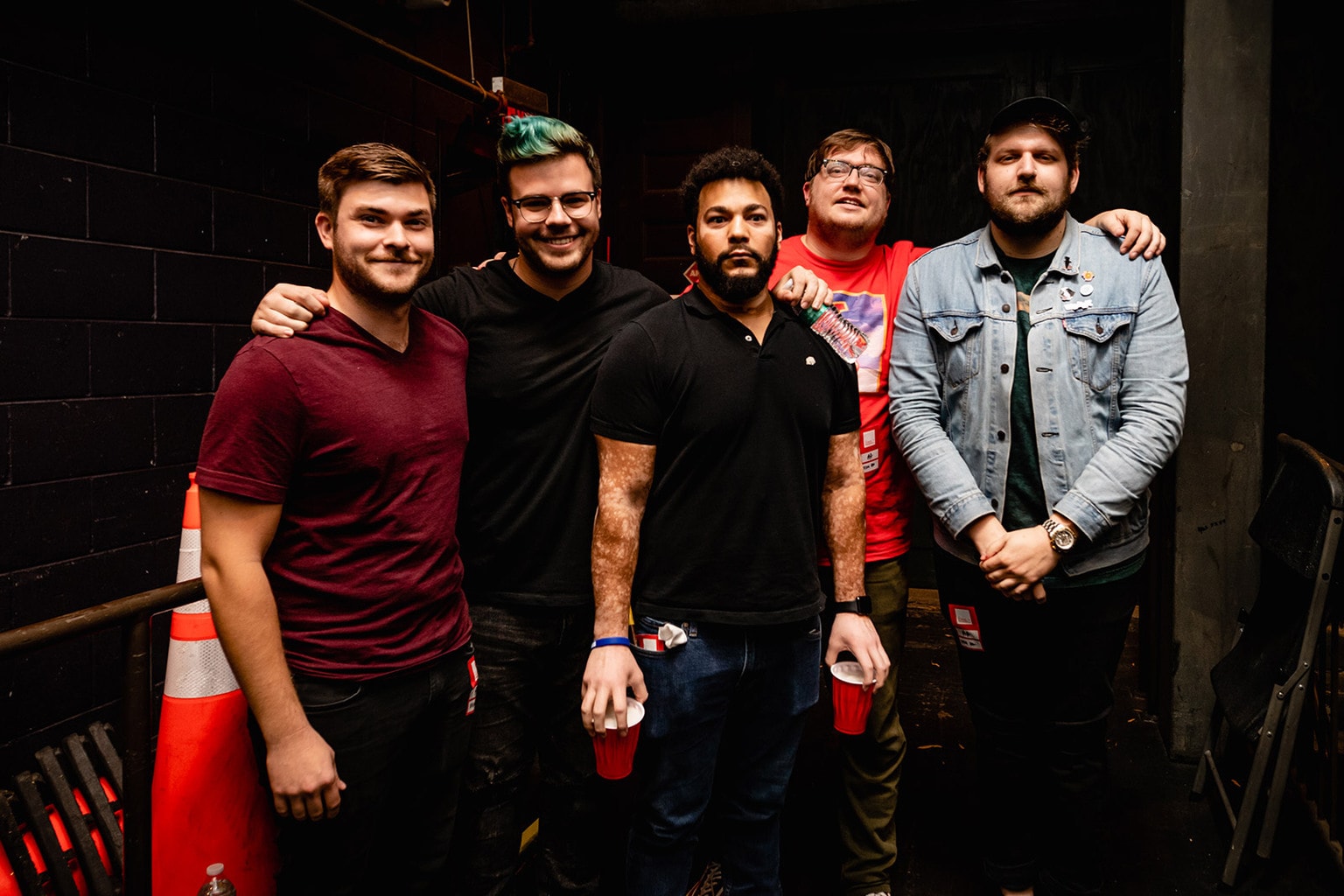 Dollar Signs have released a new song called “B.O.M.B.S.” The song is taken from their upcoming full-length album, ‘Hearts Of Gold’ out March 12 through Pure Noise Records.

The song which originally premiered on Flood Magazine, can be viewed below.

“B.O.M.B.S. feels like that point in trying to better yourself where you start to identify and accept the things you that can change, as well as the things that you can’t,” says bassist and vocalist Dylan Wachman. “It takes us back to our folk punk roots, which a genre that we’ve always hovered around as a band; it was nice to lean into that a bit more than we have in the past as a five-piece band.”

Recently, the band released the song and music video for “Bad News”, which fans can check out here: https://youtu.be/ZAvsBnS4QLE

“Many people see us as a boozy punk band, so I had the idea of writing a song with a very party-drink-the-saddest-away chorus while the verses and bridge are a critique on bars and “drinking culture”,” says front person Erik Button. “The chorus of the song is about trying to drink away your problems, and the verses reveal all about how that is impossible.”

With songs that fall under pop, punk and even hip hop at times, the band is genre-less and will allow the listener to choose where to put them. Last month the band released the single “Negative Blood”, which is available to stream on all platforms.

‘Hearts of Gold’ is Dollar Signs’ most powerful statement to date. The band’s third LP — and first for Pure Noise Records — is a boisterous masterstroke from the Jeff Rosenstock school of punk: resourceful and scrappy, catchy as it is cathartic. And they got jokes. The upcoming album feels like listening to an old friend recount some absurd anecdote that’s hilarious to you about three other people, like getting hit by a car outside Taco Bell, narrowly avoiding serious injury, and some cop shrugging it off by handing you a lollipop (hear the aforementioned jubilant barnburner “Negative Blood”).

“Comedy is a defence mechanism,” says Erik, with a chuckle that comes off like a backslap from your best friend. “Sometimes we get labeled as a comedy band, but I use comedy as a tool so I can say shit that really matters to me.”

“The album is about recognising the need to change in your life, and how difficult it is to make that change happen,” Erik continues. “When we were writing and recording it, I don’t think any of us anticipated just how much change would occur in the following year. This is the first Dollar Signs record where we were able to write all the songs together.”