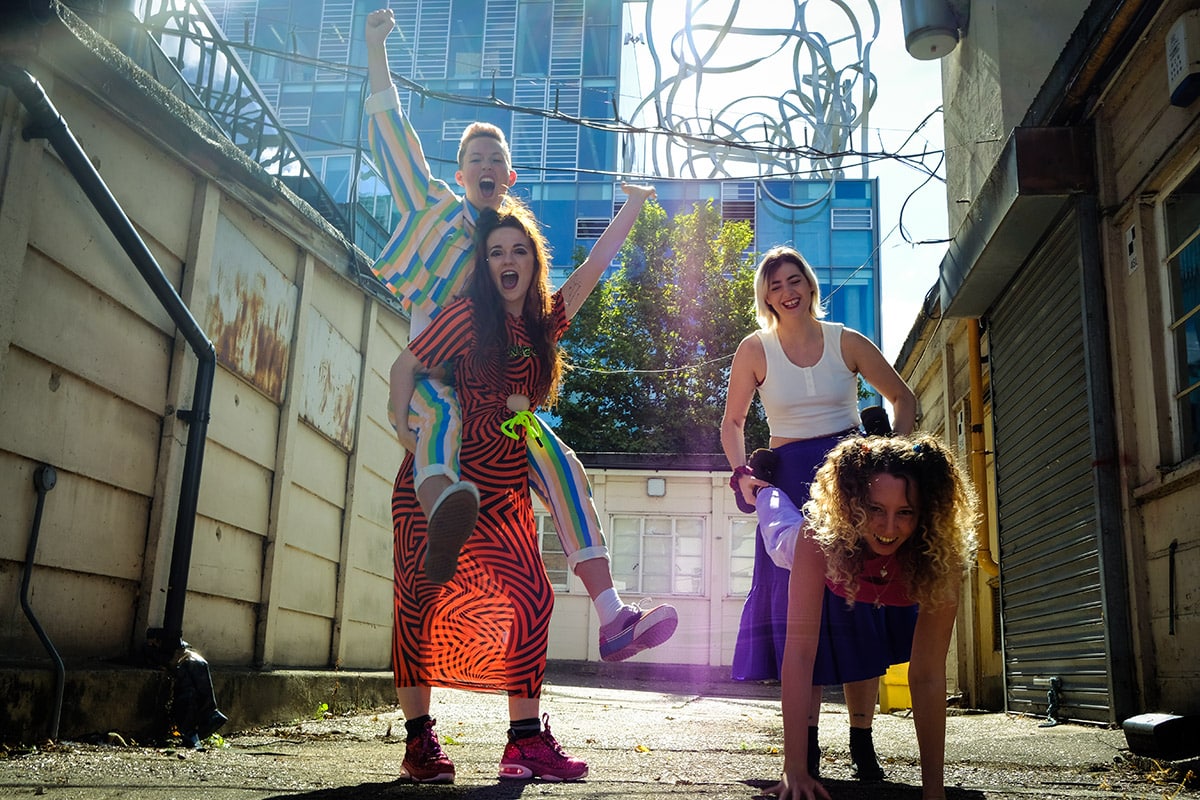 New single ‘DIY’ highlighted with music video – watch it below!

After the storming success of their PRS-funded livestreamed “Gig in a Box” in September, Dream Nails announce their next livestreamed show ‘Feministmas’ on 6th December. Tickets for the show are on sale today, along with the second round of their signature “Gig In A Boxes” to recreate the live gig experience at home. For their last live-streamed show, the at-home packages (which sold out in 48 hours) included wristbands, plectrums, a piece of sticky venue flooring and more.

Dream Nails have revealed that, in true DIY spirit, they’re using the boxes to plant 120 Christmas trees this Feministmas! Each box will contain a grow-your-own Christmas tree (which will reach maturity in 2028), some self-care treats, and a gender-neutral toilet sign, as part of Dream Nails’ commitment to make gig venues safer. Featuring many more goodies, the full contents of the Feministmas box are a closely-guarded secret until fans open them on the day of the show.

Singer Janey Starling says: “We know a lot of our fans find the festive period really difficult – especially people who are queer, trans or estranged from family. Dream Nails are here for you! Feministmas is going to be a really joyful, life-affirming night for everyone to look forward to, and so will the Gig In A Boxes we’re sending out!” Drummer Lucy Katz adds of the event “We will even be premiering our first Christmas song! As well as throwing all our energy and enthusiasm into curating the kind of live-show we have all been craving, we will also be offering our fans first-access to the Feministmas Virtual Merch Table featuring limited-edition merch for the creme-de-la-creme of feminist stocking fillers.”

The name ‘Feministmas’ originates from an annual DIY gig Dream Nails used to put on in East London, which has previously featured bands including Big Joanie and Screaming Toenail. Live during the show, Dream Nails will be auctioning the last remaining copy of their limited run of 30 ‘Vagina Police’ vinyl to raise funds for Abortion Support Network.

To coincide with this announcement, and in-keeping with Feministmas’ ethos, Dream Nails are highlighting their latest single ‘DIY’ with its accompanying music video. ‘DIY’ is Dream Nails’ punk anthem about being self-sufficient under capitalist patriarchy and it appears on their recently released self-titled debut album.