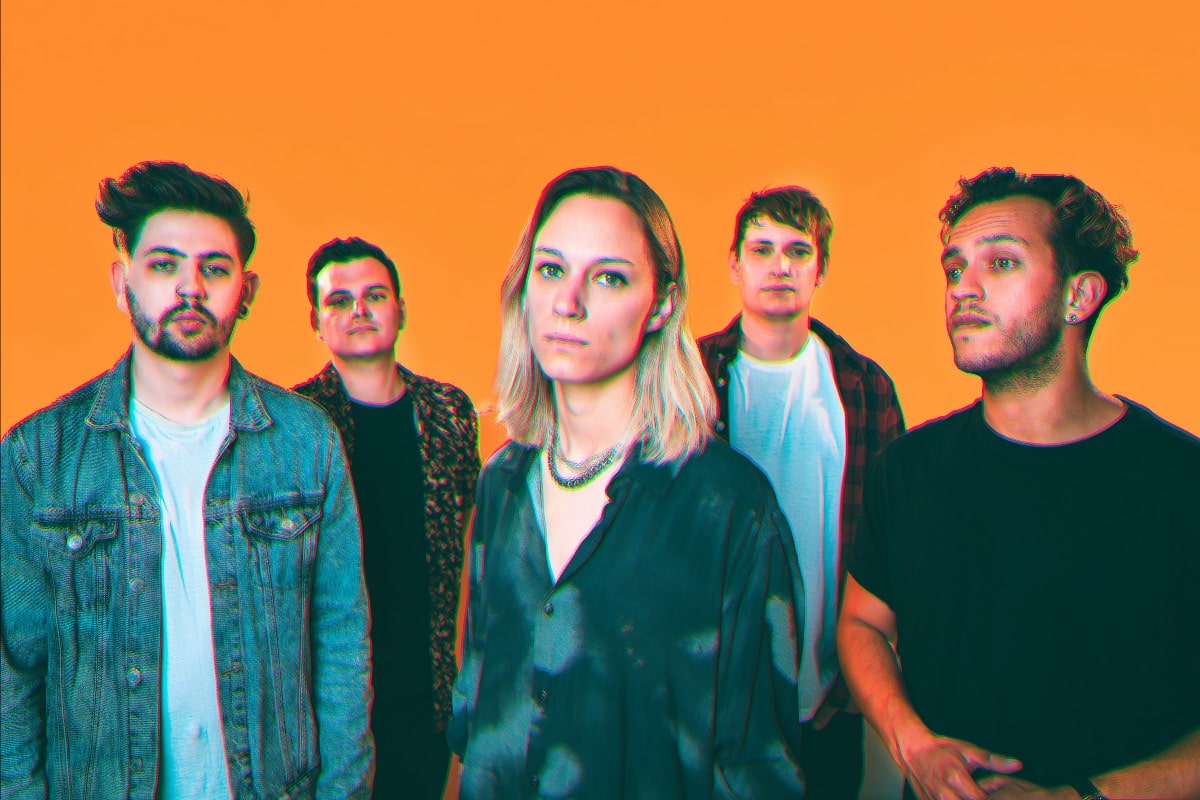 Punk band Drones have announced that their second album – ‘Our Hell Is Right Here’ – will be released 12 February 2021 via Lockjaw Records in the UK with Thousand Island Records releasing the full length in North America. “It’s been a pretty rough ride for the past couple of years,” says vocalist Lois McDougall when looking back on the journey the  band have been on to get to this point. “But I struggle with claiming my problems and sadness as valid because they are disproportionate to the danger and loss that many face every day. It got to the point where I was almost ashamed to write songs about my own life. However, I’m learning that personal care and self-worth is not something to be diminished. There are songs on this album that I had to write for my own therapy. Whilst writing this record, I went through a divorce, lost a family member and was battling with my own mental health. At the same time, it felt like the world was falling apart. ‘Our Hell Is Right Here’ is the product of my experiences over the past few months. There’s a lot of sadness on this record, but I can now look back and celebrate who I have become in spite of it all.” Alongside the album announcement, Drones have released the record’s visceral title track. ‘Our Hell Is Right Here’ is an emphatic condemnation of abuses of power and features a guest turn from Petrol Girls’ Ren Aldridge.

The album was produced by the band’s very own Tim Kramer at Signal House Studios in St Albans. “It’s been a pretty turbulent recording process,” Tim reflects, echoing Lois’ experiences leading up to the album’s completion. “We finished writing the record in January, but it’s been an usually long process due to all the twists and turns that 2020 has thrown at us! We’ve been spread apart all over the country, but there’s also been a national lockdown and we lost a guitarist at the tail-end of the process. So the different stages of recording were drawn out across the year, with Lois visiting to finish her parts around five months after the drums and guitars were recorded. There were never more than two of us in a room at any given stage of making this album but it doesn’t feel disjointed at all – in fact, in the face of adversity, it’s our fullest sounding record yet. That being said, I do hope we don’t have to produce the next album via Zoom again!”

The first track to be revealed from the record – ‘Josephine’ – is a deeply personal journey into vocalist Lois McDougall’s past unhealthy relationship with alcohol with an accompanying music video featuring intricate models of each band member, crafted by animator William Davies, embarking on a journey to another world. The band have also enabled a virtual situation where you can walk around the Planet Josephine that appears in the video. You can login, chat with other fans and walk your characters around the environment on Topia.

Since their inception, Drones have been building a name for themselves with their powerful, high octane live shows and unique punk-fueled post-hardcore stylings. Their highly-conceptual debut album ‘Exiled’ was released in 2018 and packed a punch. From playing underground squats to appearing on festival stages, Drones are more than ready to hit the road again when the current climate allows. The band have already supported the likes of Marmozets, Neck Deep, Gallows, Funeral For A Friend, Mallory Knox, Young Guns and H2O, as well as playing Download festival and packing out their own headline shows.