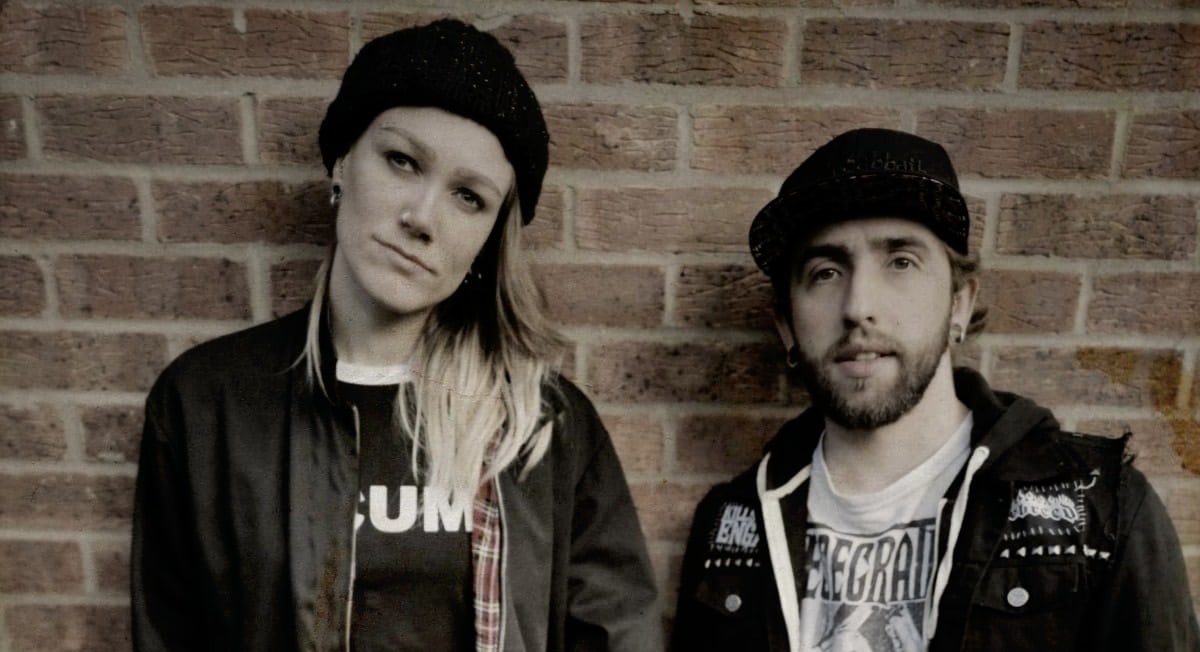 Lockdown restrictions have been challenging in the world of music but Essex-based punk duo, THE MEFFS, have been busy writing new material. Following their recent recording with Billy Lunn of indie rock’n’roll band, The Subways, THE MEFFS’ punchy new single, ‘Football’, is ready for release at an opportune time; Euros 2021.

‘Football’ was born from an evening at the pub watching the game before a Meffs gig, during which a fight broke out. As the lyrics wittily state,

“I’m gonna watch the football, they’re gonna start a fight, I never liked football, but now I think I might”.

The lyrics also pay homage to part-time football fans and Essex nightlife.
There’s a catch. Before the new single released, THE MEFFS have some restrictions of their own. If England get to the Knockout Phase of the 2021 Euros, ‘Football’ will be released this month (June 2021).

THE MEFFS will release this latest single on a run of limited edition numbered CDs, which they will produce by themselves. DIY at its best. Keep your ears open – Don’t miss out! (Will be sold on Bandcamp)

It might not be the soundtrack to the 2021 Euros but you’ll wish it was. In the words of BL, “play it loud!”
“Packing a severe punch for a two-piece, and clearly taking a lead from the early 80s anarcho scene” – Vive Le Rock.
“One of the UK’s best new punk bands” – Futurama Festival.
Note: Catch THE MEFFS in this month’s edition of Vive Le Rock magazine.
Links
Music: https://songwhip.com/the-meffs
Merch: https://themeffs.bandcamp.com
YouTube: https://youtu.be/PIlEl642U2w
Facebook: http://Www.facebook.com/themeffsuk
Instagram: Www.instagram.com/themeffsuk

The Meffs latest single,‘YOU’LL SEE’ is the first in a string of releases set for 2021. It takes a jab at societal views with...