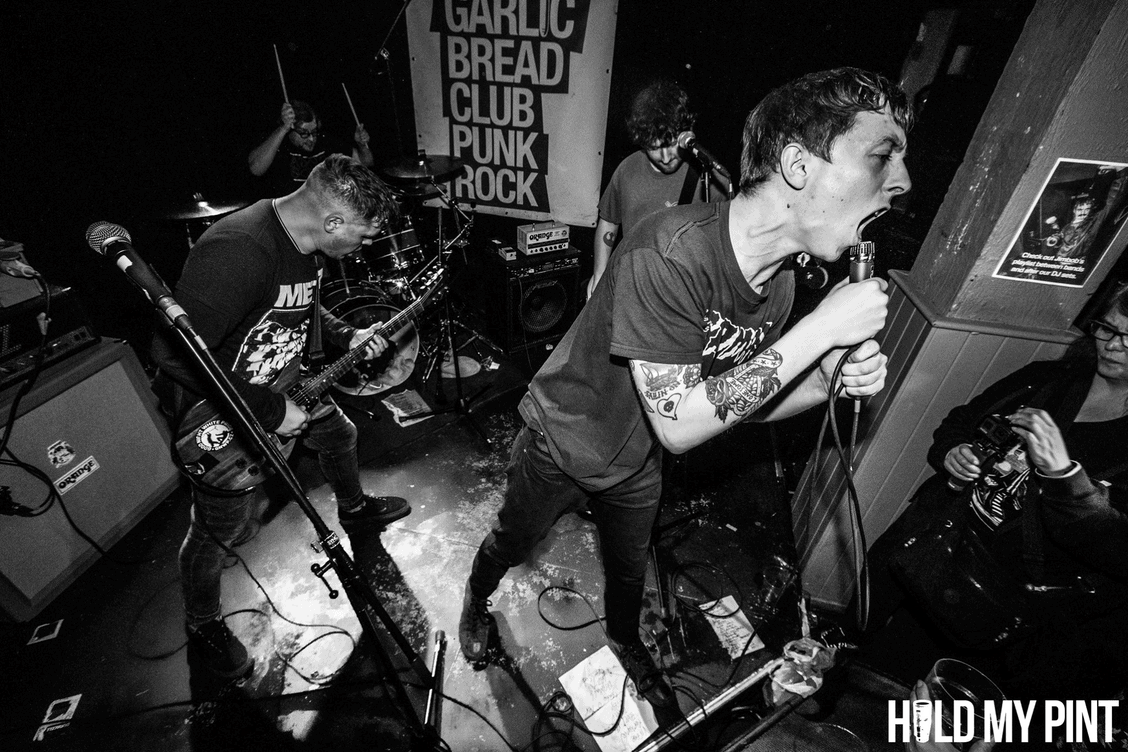 Manchester’s hardcore stalwarts INCISIONS hit back with a ferocious new single from their upcoming album ‘BLISS’. “Repeat Prescription” delves further into the metal infused dissonance hinted at previously, with chaotic noise driven riffs and a breakdown that will leave your jaw hanging. The song tackles themes of addiction, self-doubt and a loss of control, painting a bleak image of urban life that’s as provocative as it is endearing.

The single comes after tickets for the album launch gig in October sold out in a day – EVENT.

‘BLISS’ sees the quartet delve into new territory, mixing levels of metallic crust and noise rock guitar tones amidst the usual 80’s hardcore influence of their acclaimed S/T debut album. The result is a confident and uncompromising record from a band showing a willingness to develop their sound and embrace their wider influences.

Jordan Lloyd’s lyrics have never been more poignant, harnessing the disdain of disenfranchised working-class life with a more introspective and honest approach than ever before. With the vocal delivery more desperate than their previous efforts, ‘BLISS’ presents Incisions turning the rifle sights towards themselves whilst holding the ruling classes to account and denouncing the instability of the country they call home.

Drenched in thick layers of distortion and ringing feedback, the frenzied attack of Martin Battle’s guitar work only heightens the album’s melodic impact whilst the bands ferocious rhythm section, Archie Moss and Tet (Andy Teal) drive ‘BLISS’ through an energetic and unforgiving 20 minutes of UK hardcore at its best.

This is Incisions at the top of their game, delivering their most diverse and ambitious release to date.

You can now pre-order BLISS on translucent green vinyl and CD alongside an exclusive t-shirt. The album will be released on the 2nd April. – https://bit.ly/IncisionsBliss