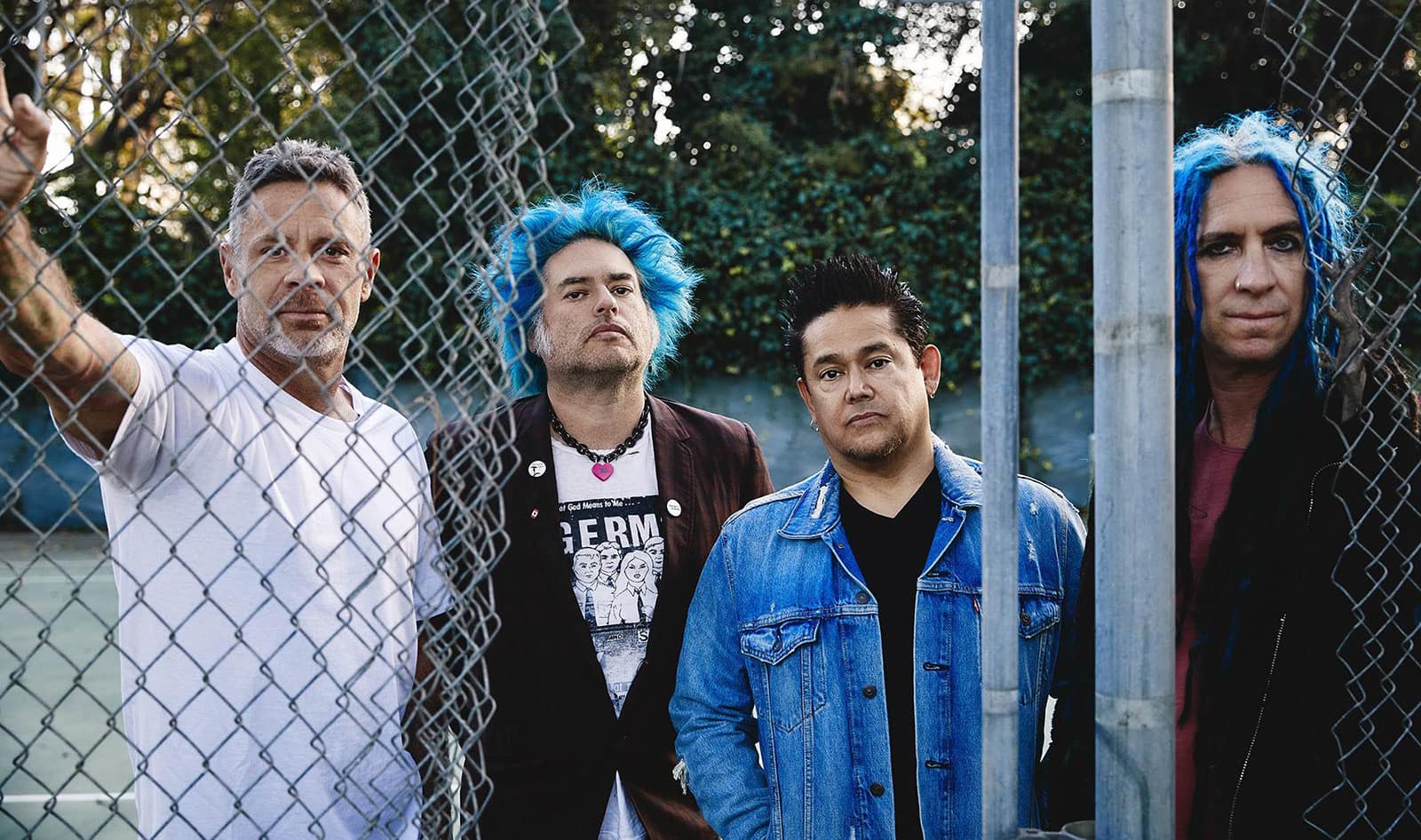 AVENGED SEVENFOLD, AND MORE, IN NOFX’S NEW VIDEO FOR THEIR FIRST SINGLE, ‘LINEWLEUM’

Check out the new video for the lead single ‘Linewleum’, and get the nitty gritty from the fat one himself:

“I have no idea why ‘Linoleum’ is THE NOFX song that is covered by so many bands while other NOFX songs get hardly any attention. ‘Linoleum’ wasn’t a single, it had no video, it got no radio play, and most importantly, it didn’t even have a chorus!!! All popular songs have choruses! WTF! So, One night I stayed up till 4:00 am checking out all the different versions on YouTube. Watching hundreds of bands from over 28 countries (mostly Indonesia) doing “Linoleum” was a humbling experience for me. So I decided to write a song that was a shout out to all those people that learned those four chords and remembered the non-rhyming lyrics. Then I asked the biggest of all the bands (Avenged Sevenfold) to play some leads on the song. Then M Shadows suggested we do a video together. Then I figured I should put all of the bands in the video. Well, I couldn’t fit all the bands, but I picked a bunch of cool ones! A song about not playing a song that’s not a hit song with a video about other bands covering the song! This is why I love punk rock writing punk songs. Rules out the door!”

Stream the track on all platforms HERE

Nearly 40 years in, what else is there to say about NOFX? And aside from the occasional negative headline, how can one of the pioneers of SoCal punk—a style hardly known for experimentation—surprise anyone these days?

The answers lie on ‘Single Album’. There’s the nearly six-minute post-hardcore opener (‘The Big Drag’). The meta sendoff for the band’s best-known song (‘Linewleum’). The reggae-inflected song about a mass shooting (‘Fish in a Gun Barrel’). Even a piano ballad (‘Your Last Resort’). It is, as frontman and bassist Fat Mike repeatedly describes, “a dark album.” That wasn’t the original intent. By early 2020, NOFX—which includes guitarist El Hefe, guitarist Eric Melvin, and drummer Smelly—had written and recorded enough songs for a planned double album to be released that fall. Like so much about 2020, those plans changed.

“When you write a double album, you write differently,” Mike says. “I was writing really different songs, and some fun songs, but you have to make a double album interesting enough to listen to the whole way. I wanted to make a perfect double album, and I didn’t accomplish that. So I decided to just make a single album, hence the title.”

Recorded at Motor Studios in San Francisco with Bill Stevenson and Jason Livermore, ‘Single Album’ pares down the roughly 23 songs NOFX tracked. “I just kept adding songs,” Mike says. “I was maybe a little out of my mind.”

How so? “I was pretty high on drugs that year,” he adds. While fans may wonder what else is new, Single Album casts the frontman’s habits in a surprisingly harsh light. While ‘Grieve Soto’ eulogizes beloved Adolescents founder Steve Soto, it takes a meta turn when Eric Melvin warns Mike to be “cautious, more respectful, less obnoxious. ‘Birmingham’ has what people in recovery call “a moment of clarity,” when he realised he was an addict.

“That was a clarity moment in my life when I was by myself, and the sun’s coming up, and I’m scraping cocaine off the floor, like, ‘Eww, gross. I shouldn’t be doing this,’” Mike says. “So what did I do? I ordered more.” After being hospitalised with a bleeding ulcer—a terrifying experience that caused him to vomit blood—Mike entered rehab in fall 2020. He promptly wrote another new album while there and has been sober since.

Unsurprisingly, ‘Single Album’ represents his most personal work to date. Heartbreak permeates “‘ Love You More Than I Hate Me’ and ‘Your Last Resort’. ‘Fuck Euphemism’ dives into Mike’s sexuality for a “pronoun bar fight.” “Doors and Fours” is a grim look into the early ’80s LA punk scene, when dozens of people—many of them Mike’s friends—overdosed on a prescription drug combo. ‘The Big Drag’ is a personal vow to make the most of life, even when it undeniably sucks. “It’s one of my favourite NOFX songs ever. I don’t get sick of listening to that song,” Mike says of “The Big Drag.” “No measure is the same length. Every time a new chord change happens, there’s a different rhythm to the guitar. The bass never stays on one note. You’re not sure when the chords are going to change because they always change at a different point.”

In other words, it’s unpredictable—just like NOFX. Turns out there is a lot to say about them, even after all this time.