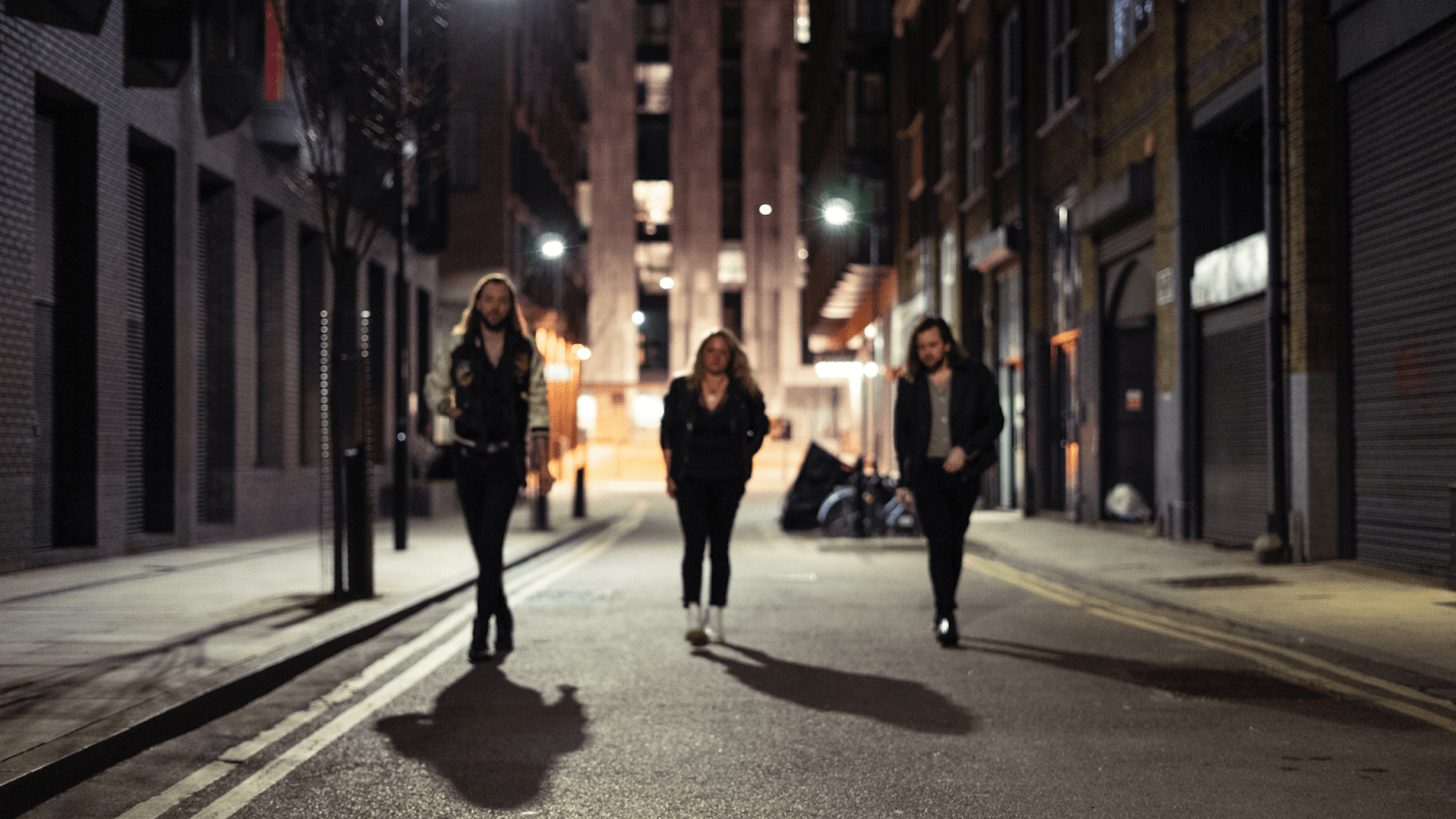 In their first video with a new-look line up, “Sober” officially introduces their latest member GEMMA CLARKE (Babyshambles / Suffrajets).

Offering a first glimpse of the three-piece performing together, the video also arrives ahead of a wave of shows this Summer. Full dates and details can be found below.

Capturing a day in the life of JW Paris as they head to a gig, the “Sober” video finds them caught between conflicting perspectives of a world observed with rose tinted glasses, versus that in the cold light of day. As the band explain:

“The concept was to be a simple journey of the band making their way to a gig (Rooz Studios, where we rehearse) with flashes of those sobering moments. Visualising an abstract view of people who are only around you for one thing. Those who are only sucked into the idea of personal gain.”

As with all their videos to date, “Sober” was conceived by JW Paris, and co-directed in partnership with their friends at Gutterspace.

Ironically penned during a late-night drinking session, “Sober” is a track about those painful pinches of clarity, when the haze of escapism falls away to reveal the cold hard truth that’s been staring you in the face for some time. “Sober is more about the sobering moments of realisation that we have from time to time. Moments that cut you down from all gust of living and really make you think about where you are…” JW Paris say. The result is a racket of powerful grunge-addled riffs and searing proto-Brit Pop stylistics, that sticks two fierce fingers up to the posers, preachers and pretenders out there.

The title-track of an upcoming EP, “Sober” was written and recorded at Buffalo Studios, and produced by the studio’s in-house mastermind JB. Featuring the patently fuzzy guitars of founding members Danny Collins and bass from Aaron Forde, the mellotron and additional instrumentation come courtesy of JB and Andy Peck (percussion).

Founded by Aaron Forde (Vocals/Bass) and Danny Collins (Vocals/Guitar), JW Paris have been developing their signature sound from birth. With their respective Dads both members of the 90s EMI-signed band Choke, the pair grew up like brothers and have retained a water-tight chemistry ever since. Quickly becoming one of the capital’s most essential DIY acts, together they have gone from finding their feet at rehearsals in a 24 hour storage lock-up, to supporting the likes of The Amazons (Chris Alderton of whom has designed the artwork for “Sober”), Yonaka, Avalanche Party and The Blinders; while also selling-out shows headline shows of their own.

New single, “Sober” is just the latest in a string of rave-received recent releases including “Favourite Thing” and “Royalty”, which have seen the band earn national and international radio play from BBC 6 Music, Radio X through to SiriusXM with Chris Hawkins at 6 Music praising the band’s sound as: “where gritty meets swaggery”.

Busying themselves with a socially distanced SOLD OUT show at the Amersham Arms in London as well as a greatly received online Jagermeister sponsored show, JW Paris used the remainder of 2020 to focus on writing their debut album, which is expected for release later this year.

Taking influence from a broad spectrum of alternative acts, from Smashing Pumpkins and The Dandy Warhols, to, Blur and Suede, the band will be channelling their definitively Anglo-American, alt-rock swagger into a debut release also said to feature some the band’s most honest and open songwriting to date.

With a fresh line up and some of their most impactful material to date in the bag, 2021 is surely JW Paris’ for the taking.

JW PARIS WILL RELEASE THE ‘SOBER’ EP VIA THE BLAGGERS LABEL LATER THIS SPRING.