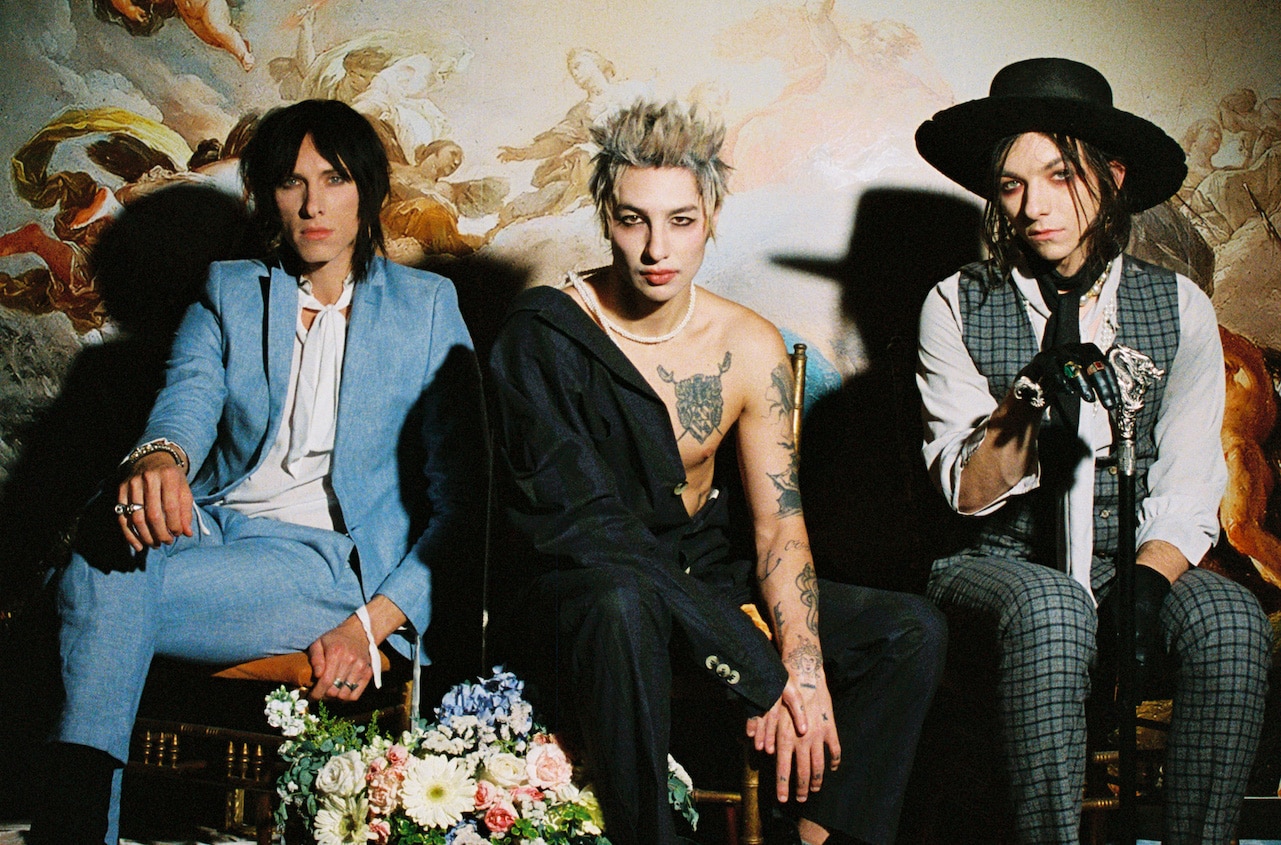 Confessional and raw, “Paranoid” presents a spellbinding examination of insecurity and self-doubt, unfolding in gorgeously spectral textures before reaching a furious urgency at the bridge.  The band comment on the track, “Paranoid is about all the little insecurities in your head holding you back from living your life. It’s about the doubt and that voice in your head telling you that you cannot do something. It’s about the journey to silence that voice and your fears and to rise above it”.

The video, directed by frequent Palaye Royale creative collaborators Harrison Sanborn and Michael Bolton, finds the band in a robust downtown Los Angeles subway scene going about their day-to-day lives, but seemingly losing sense of themselves. The images subliminally portray the themes of depression and anxiety reflected lyrically in the song.

The release of “Paranoid” comes on the heels of the band’s sold-out, headline concert for a rabid packed house at LA’s Wiltern Theatre on October 1st.  A significant milestone, it was one of their first live shows in over a year and a welcome opportunity to showcase the bold new material written during lockdown, with more new music to come. The Wiltern also serves as a landmark where the band once stood following other artist’s shows handing out flyers to spread the word about their own music.  Making more noise around town, they also performed as part of bi-annual Cars & Fashion Gala kicking off LA Fashion Week (LAFW) on October 7th on the rooftop of the Petersen Automotive Museum, one of the world’s premier car museums and historical landmarks in Los Angeles.

“Paranoid” follows the latest two new tracks and videos the band unleashed over the summer including the undeniably infectious “No Love In LA,” and the darkly addictive “Punching Bag.” “No Love In LA” is on an upward trajectory at Alternative Radio, currently #35 on the chart, and was the 4th most added song in its first week ahead of the official impact date, in the company of Twenty-One Pilots, Billy Eilish and Imagine Dragons.  Listen to “No Love in LA” here and watch the colorful music video here.  The video has over 2 million views since its release, making it the band’s fastest growing viewed video ever, while the song has also amassed over 4 million streams. Palaye Royale also released a stirring unplugged version of “No Love in LA,”  showing off their musicality with their classically-trained chops on full display.  Check out the video for “Punching Bag” here.

The gritty and authentic Palaye Royale has earned an obsessive cult-like following, boasting over 345 million streams, 30 million+ YouTube views and 1.7 million monthly Spotify listeners. with the band gracing the cover of such notable Spotify playlists as New Noise. Their social following between the band and its individual members is at almost 2 million across platforms and growing. Living out a wild odyssey worthy of legends, Palaye Royale’s rock n’ roll circus is leading a generation in togetherness through truth, honesty, and change. First landing in Los Angeles as teenagers, the Las Vegas-bred brothers worked their way up through the ruthless L.A. rock scene while briefly living out of their car, soon finding themselves playing arenas with the likes of Marilyn Manson, Rob Zombie, and Stone Sour. The trio are readying their fourth full-length studio album and follow-up to 2020’s The Bastards.

Palaye Royale will be touring the UK as well in 2022 hitting up the following venues below:

In this article:Palaye Royale, Paranoid, Video