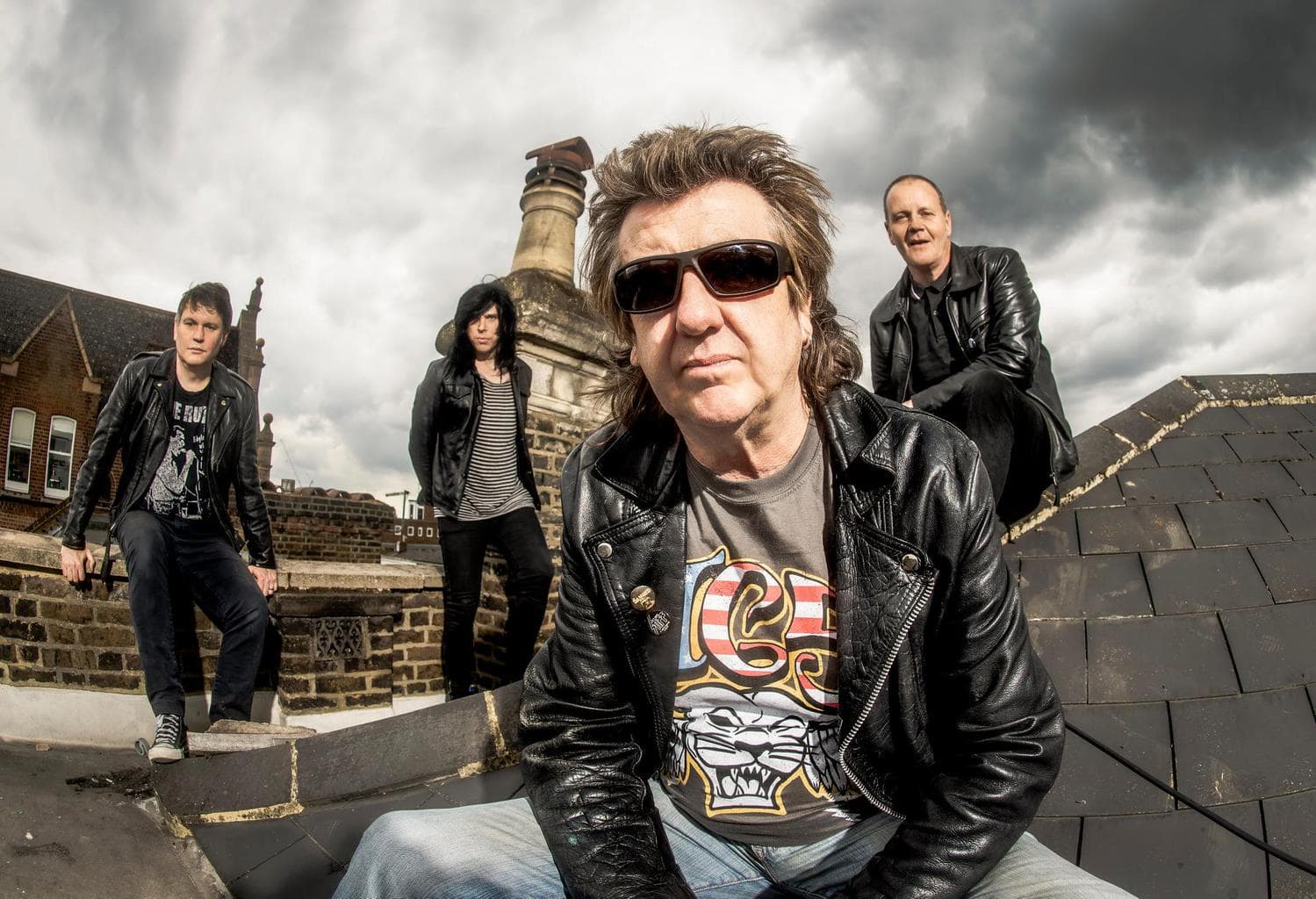 Following the release of ‘The Rich-Tual’, the stomping first single from the ‘Rinsed’ sessions released earlier this year comes new single ‘Flowers At Your Door’. Channelling the dark energy of Iggy Pop, Lords Of The New Church and the Doors, ‘Flowers At Your Door’ is a brooding rocker that finds Desperate Measures shifting in new directions with their new line-up with excellent results and is available via Spotify, i Tunes and Bandcamp today.

“Flowers was written after being stuck in pretty much self-isolation for 3 months on last years first lockdown as a relationship went down the pan,” explains frontman Eugene Butcher. “It was a lonely time for a lot of people and this song was born out of all that.”

The video was directed, edited and shot by Craig Temple of Racketeer Pictures and perfectly captures the mood of the song.

Desperate Measures play at London’s iconic Hope and Anchor on July 30th before heading off on a 13 date U.K tour with the Professionals (Paul Cook-Sex Pistols) in October.

Desperate Measures with The Professionals dates as follows:

Desperate Measures formed in Christchurch, New Zealand in 1981. It was a violent city, and a violent time, but the city had a thriving music scene and DM’s quickly found a following with their punk and post punk sound influenced by the likes of the Stooges and Killing Joke. Highlights for the band in their brief existence down under were playing the after-show party for the Clash where Joe Strummer and Paul Simonon met the band, and playing New Zealand’s most famous punk festival, ‘Golden Showers’ in Wellington.

Desperate Measures released one sought after 7inch, the ‘1984’ E.P that now sells for upwards of $100 and a live album before splitting in 1983, when singer Eugene Butcher moved to the U.K. After a couple of well received reformation shows back home in New Zealand supporting the U.K Subs and Peter and the Test Tube Babies in 2009 and 2010, fast forward, and 40 years after they formed, a new line-up featuring sole original member, Eugene Butcher, have been fully active on the UK music scene, sharing stages with the likes of U.K. Subs, The Pack, Cockney Rejects, Subhumans, Nashville Pussy, alongside appearances at festivals such as Rebellion, Camden Rocks and HRH Punk.

In this article:Desperate Measures, EP, Flowers At Your Door, Rinsed, Single, Video