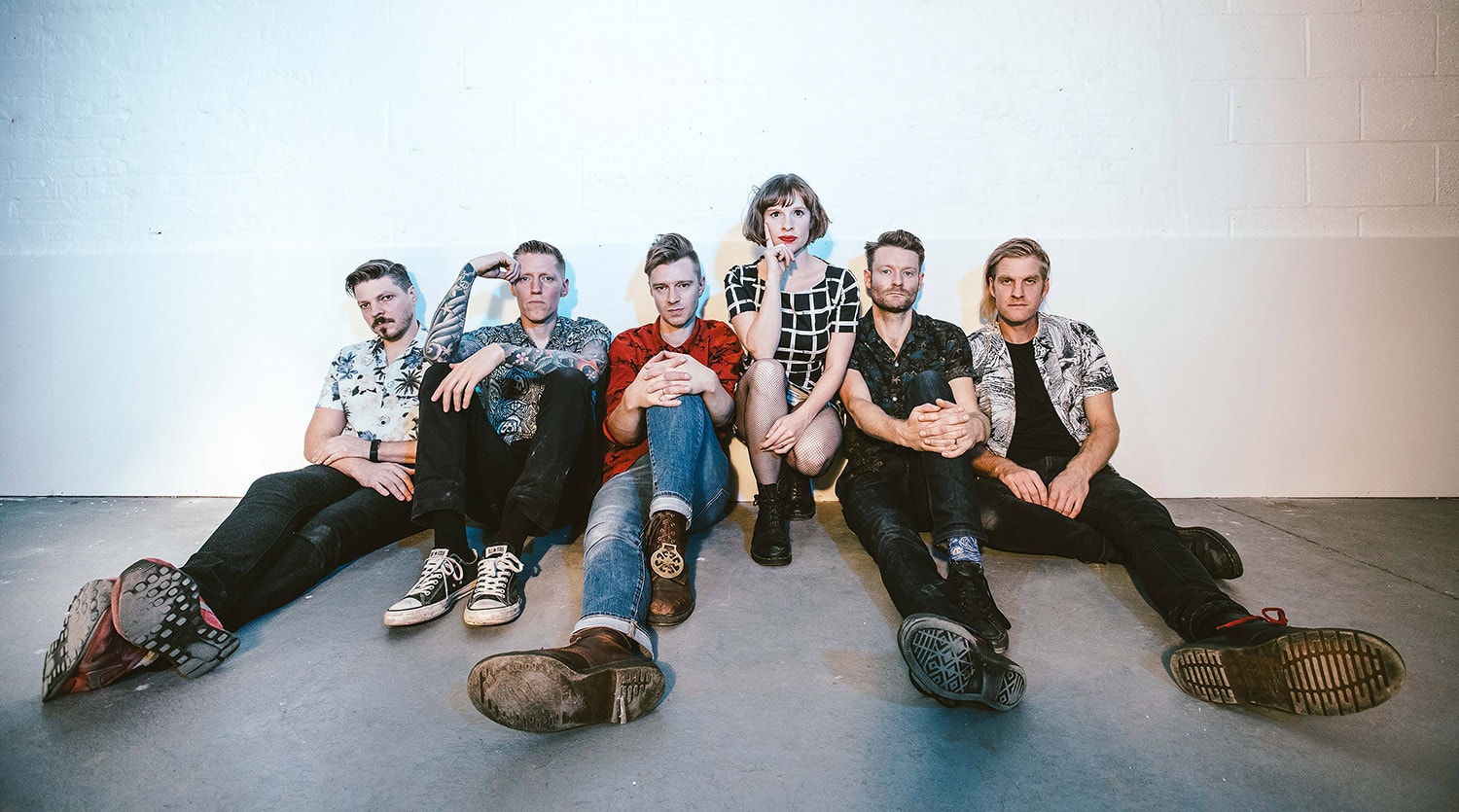 Promising a positive burst of energy before 2020 is out – SKINNY LISTER – will release a brand new single on 11th December 2020.

Like “We Will Rock You” if it were written by The Pogues, “Shout It Out” is a big, anthemic, universal and uplifting new song from the folk/punk sextet.

A celebration of the communal and fighting spirit humanity can channel when together, Skinny Lister’s Dan Heptinstall says of the track:

“Shout it Out is about being optimistic in the face of adversity. It’s a release – a reminder to let go of that unhealthy habit to keep things bottled up inside. A kind of primal scream therapy where we can let go of anxieties, stresses, anger, frustration etc..”

Hallmarked with a celtic twist that harks back to their very earliest days, but with a confidence that only comes from a band in their prime, “Shout It Out” is a track that finds itself instantly at home in the Skinny Lister canon.

In something of a first for the band, “Shout It Out” was recorded and produced completely in-house, “a liberating experience” Heptinstall says. While the majority of the song’s parts were recorded by members remotely in light of the current circumstances, every care was taken to  try to capture the resounding live energy of a Skinny Lister live show in full flight. The talented Tristan Ivemy (who produced the band’s third album ‘The Devil, The Heart & The Fight’) was also drafted in to work his magic on the final mix of the track.

With a chorus destined to be roared back at the band at venues across the land, the track is accompanied with an official video that dares to dream of those scenes next year. Creating a montage of some of the stand-out moments from their headline shows last year, this video is a humbling reminder of just how much we have missed live music this year.

“It was great to be able to pull together some previously unseen live footage from last year’s headline Skinny shows. The crowd hollering along with us with such communal spirit really captures the essence of the track and is a great reminder of what we’ve been missing over this past year. It’s also a celebration and an optimistic look forward to when those times return and we can shout our hearts out together again.”

“Shout It Out” follows the band’s recent fifth anniversary re-issue of their breakthrough album: ‘Down On Deptford Broadway’. Released on a special deluxe edition vinyl with exclusive new artwork, you can order your copy here: HERE.

As folk rock’s rowdiest rabble since 2009, Skinny Lister have reeled and partied into the hearts of America, the UK, Germany and Japan. Passing the growing flagon of their experiences with every album and tour, they’ve led an endless parade gathering fans old and new, from the respected folk circuit to the riotous Download Festival, igniting pogoing mosh-pits at each. Over the past ten years they’ve travelled from rain-soaked London to the vast arteries of the USA, upgrading from narrow boat to Salty Dog Cruise, played huge tours across Europe and North America with Frank Turner, Dropkick Murphys and Flogging Molly as well as headlining themselves across festivals, sweatboxes and ever-larger venues.

With four albums under their belt, ‘Forge & Flagon’, ‘Down on Deptford Broadway’, ‘The Devil, the Heart & the Fight’ and ‘The Story Is…’ the band have explored a lexicon of tastes through a whirlwind of adventures across the globe.

Their first original material in over 18 months, Skinny Lister will release: “Shout It Out” on Friday 11th December 2020, via Xtra Mile Recordings.

In this article:Folk punk, new single, Shout It Out, Skinny Lister, Video