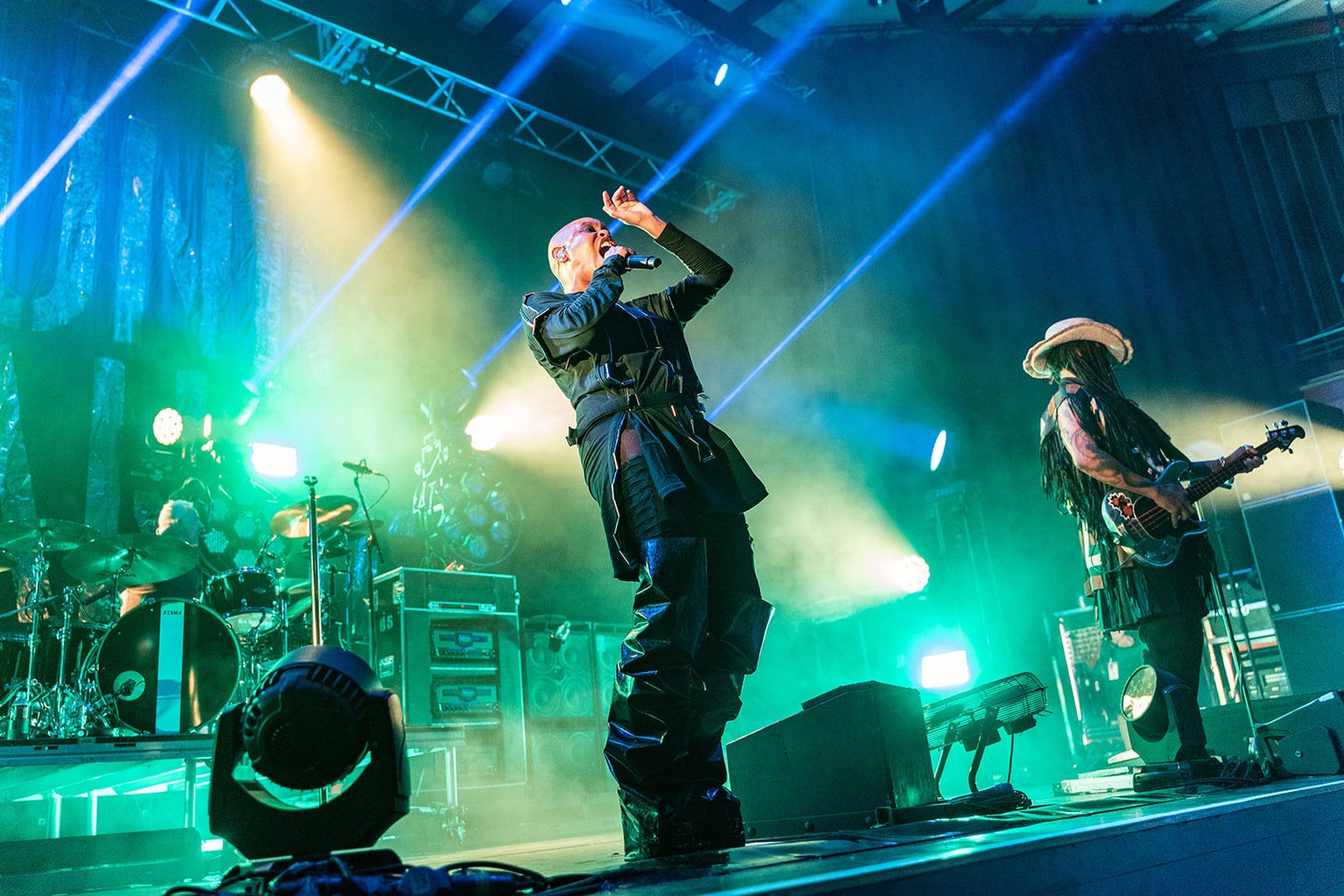 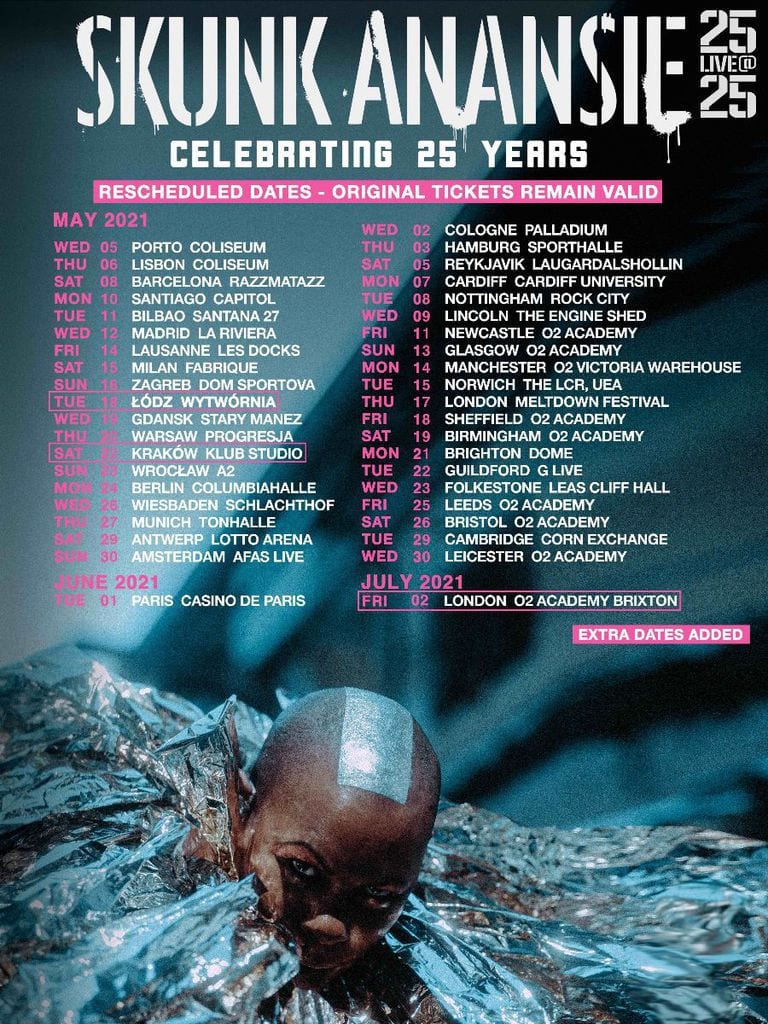 After celebrating their 25th anniversary in 2019 with the release of the 25LIVE@25 album, British rock icons Skunk Anansie have announced a string of rescheduled European tour dates, with new shows added due to phenomenal demand including a brand new date at London’s iconic O2 Academy Brixton.

Having spent most of last year on the road touring across the UK and Europe, headlining festivals and receiving some of the best reviews of their career, the band were due to play a string of new concerts and festivals this year, including being part of the Grace Jones’ curated Meltdown Festival on London’s Southbank.

With events of 2020 meaning touring this year has been cancelled, the band are excited to announce they will be back for more with shows throughout the UK and Europe in May, June and July 2021. Original tickets are valid for all rescheduled dates with brand new tickets on-sale now.

The last 25 years have seen the band internationally acclaimed as one of the greatest British rock bands of all time, while Skin herself has become one of the world’s most iconic female performers, as well as inspirational role model, activist, trailblazer for women in the music industry, model and muse for designers.

In addition to stunning audiences with incredible renditions of well-known songs whilst dressed as the hilarious Duck on ITV’s smash hit show ‘The Masked Singer’, Skin has also just released It Takes Blood And Guts, her very first memoir, co-written by respected journalist and friend Lucy O’Brien.

An alternative narrative to the male dominated, predominantly white Britpop era, the book charts Skin’s unique story from her working class Brixton roots to the Glastonbury and international stage; smashing race and gender stereotypes for over twenty-five years.

The book has received rave reviews and the band’s influential status continues to be recognised with a string of awards and renewed media interest around the world.

Last year Skunk Anansie released their first instalment of brand new music in three years with the brilliant track ‘What You Do For Love’. The track garnered airplay on BBC Radio 2 and was an instant fan-favourite, and was followed by the riff-raging ‘This Means War’ earlier this year, accompanied by a stunning video shot at their recent headline show in Poland in front of 800,000 people.

Check out our previous review and gallery here