CREEPER, BRUTALITY WILL PREVAIL, NOAHFINNCE, THE SKINTS AND FOR YOU THE MOON ADDED TO SLAM DUNK FESTIVAL 2021

With less than 4 weeks to go until the UK’s biggest independent rock festival takes centre stage at Leeds and Hatfield, Slam Dunk Festival have issued an update on line-up changes and have added some incredible UK names to the incredible end-of-summer billing.

Due to complications around international travel, Sum 41, Four Year Strong, Me First & The Gimme Gimmes, The Vandals, With Confidence, Crown The Empire, Ice Nine Kills and Free Throw are no longer appearing at Slam Dunk Festival 2021.

However, hot with their current chart battle for their soon-to-be-released EP “American Noir”, Creeper have been added to Slam Dunk Festival 2021 alongside South Wales finest metallers Brutality Will Prevail, Hopeless Records’ social media sensation NOAHFINNCE, East London reggae-punks The Skints and Slam Dunk Record’s very own For You The Moon.

“Slam Dunk is one of The Skints happy places, and to be coming back after the pandemic to this Punk In Drublic stage with so many of our friends and heroes feels like an absolute dream after the nightmare of no shows for a year and a half!”

“We are super excited to finally get back to it like everyone else must be. The lineup is stacked so whether you’re new to us or not, come see what we are all about!”

Isaac Cooter of For You The Moon said:

“We grew up going to Slam Dunk Festival and have seen so many of our idols on the key club stage! The fact that Normandie are playing the same stage as us is mental – those guys are absolutely phenomenal and a big inspiration for our sound! This is just the beginning – we’ve been working so hard to get our live set to where it is now, I genuinely believe it’s built for those big stages! Big love to the slam dunk team – you guys are CLASS.”

Guaranteed to be one of the biggest weekends of the long-awaited and long-overdue summer, Slam Dunk Festival will bring the very best punk icons, hardcore trailblazers, emo alchemists and rock transformers from all over the world including Don Broco, NOFX, While She Sleeps, Alkaline Trio, Mayday Parade, We Are The In Crowd, A, Static Dress, Wargasm, to name a few!

Determined to deliver the ultimate alternative celebration in 2021 in accordance with government guidelines relating to Covid-19, Slam Dunk Festival will take place at both Temple Newsam in Leeds and Hatfield Park in Hatfield this September. Be sure to mark your calendars, the new dates are Slam Dunk North – Saturday 4th September and Slam Dunk South – Sunday 5th September.

SLAM DUNK FESTIVAL 2021 LINE UP IS AS FOLLOWS:

FUNERAL FOR A FRIEND

STRAY FROM THE PATH

WE ARE THE IN CROWD

All previously purchased and retained tickets for 2020’s event will remain valid.

For more information or to purchase both opening party and festival tickets, please visit www.slamdunkfestival.com. All ticket prices are subject to booking fees. 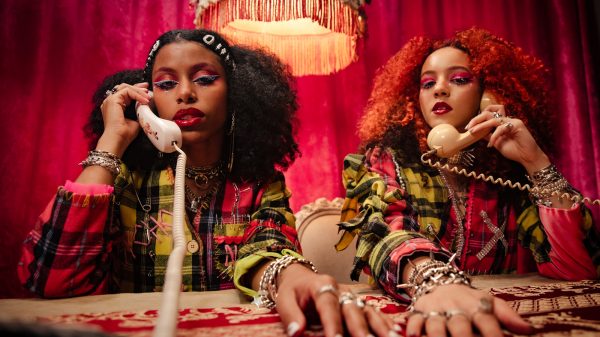 In one of the most unexpected collaborations, you’ll hear this year, the UK’s horror-show punk duo SALEM have teamed up with ascendent US dark-alt pop star Carlie Hanson for a new duet...