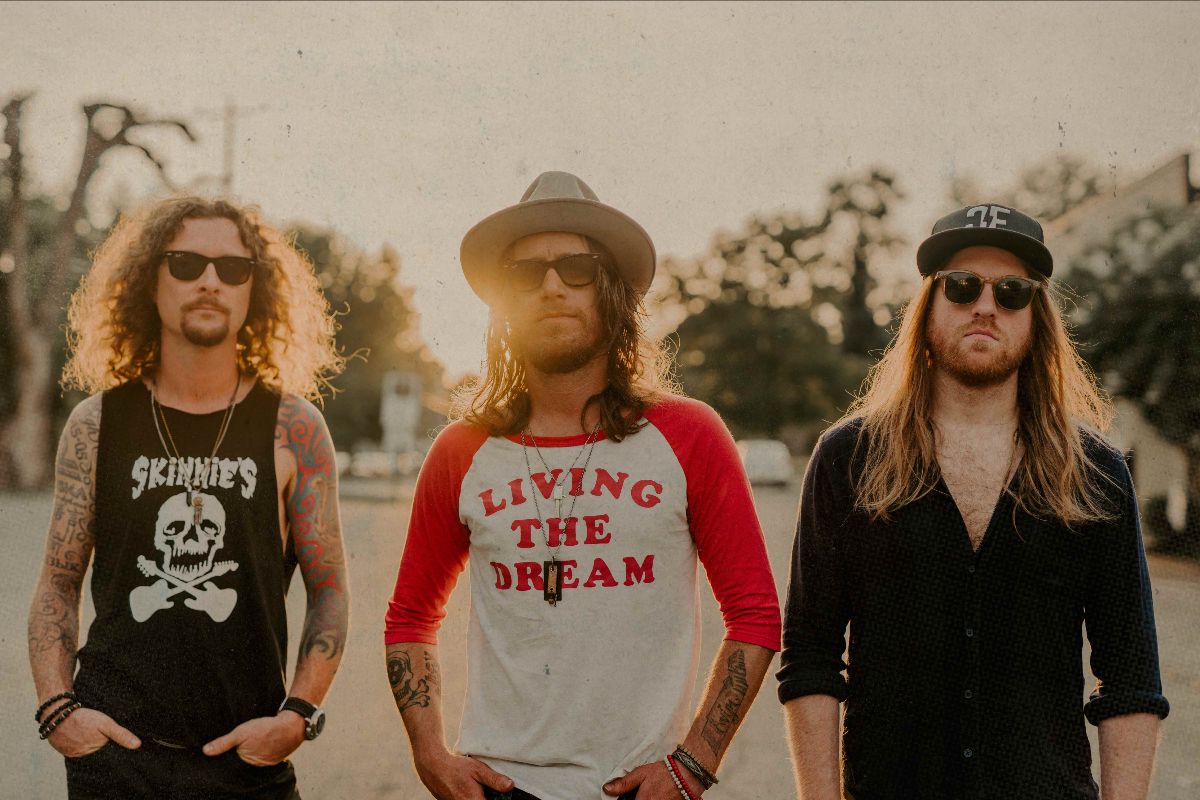 The Cadillac Three have released the new video for ‘Bridges’, which is taken from their latest album TABASCO & SWEET TEA (Big Machine Records), which came out last autumn. The band joined forces with Red Bull and the Music Venue Alliance Nashville (MVAN) to transform esteemed Nashville venue Exit/In into a private pop-up skate park for a series of socially distanced skate sessions as the band filmed the unique video.

“I was extremely into skateboarding when I was a teenager growing up in Nashville, but there were literally no public skate parks. We had to brave the Capitol or Legislative Plaza downtown in hopes that we could get a good day in without getting arrested,” lead singer/guitarist Jaren Johnston expressed. “It was amazing to team up with Red Bull and the EXIT/IN and build a skatepark during the pandemic. Even cooler to play ‘Bridges’ in a video with incredible skaters including pro Jake Wooten. What an experience!”

The Matt Paskert-directed clip features the Nashville native trio and Gallatin, TN native and pro skateboarder Jake Wooten throughout the years on their various stages before coming together at the rock club turned skate park with a custom mini ramp and adjacent quarter-to-quarter hip feature. The pop-up set of Red Bull Skate Nash Stages was not only a literal platform for the entertainers, but a symbolised trajectory of purpose for both the musicians and skateboarders.

“It was a really great experience to get to work with The Cadillac Three on set. Being inside of a music venue that has such history while they were jamming out on a ramp built inside of it is as unique as it gets. I’m stoked that they were able to connect me in with the story the song told. I’m sure none of us will forget the experience,” shared Jake.

The Cadillac Three also have reason to celebrate with their first ACM Awards Group of the Year nomination, and their 10th ANNIVERSARY TOUR, which is currently underway in the US and will finish in the UK and Ireland. The tour also includes a show at London’s Roundhouse in December with special guest Brent Cobb supporting throughout. You can find tickets here.

The trio have also been hosting their ‘Garage Radio’ series on Planet Rock, which is recorded in their native Nashville Tennessee and airs every Saturday night. The shows see them share stories and cherry-pick some of their favourite tunes throughout the 60-minute show. For more info and how to tune in, click here.

In this article:Bridges, Country Fuzz, Single, The Cadillac Three, Video

Dragged up from the gutters and back alleys of London’s ripe underbelly, the four members of Seven Days and Doesn’t Die have long formed...