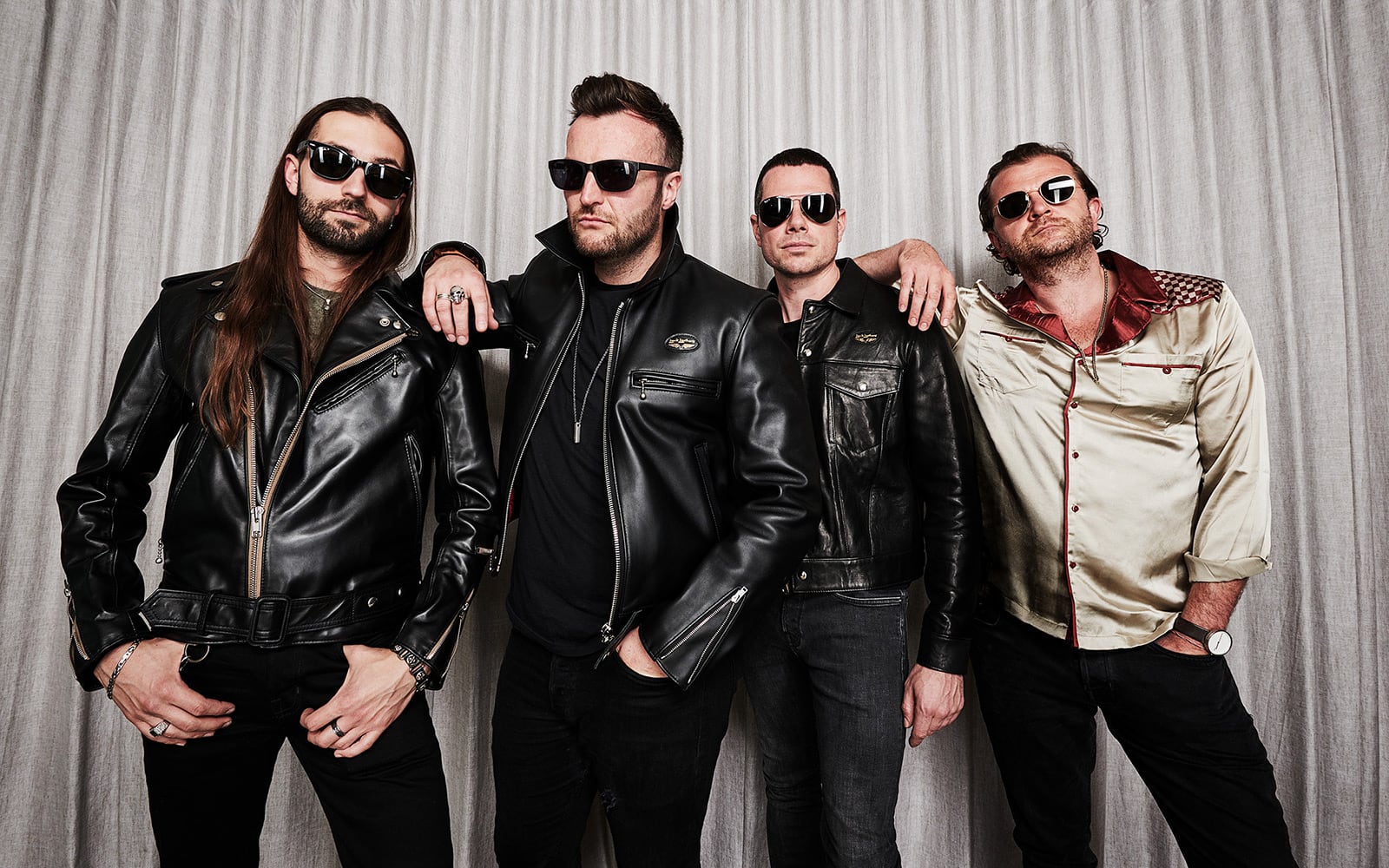 Re-watch the launch event From The Skyline HERE

The Dust Coda much anticipated new album Mojo Skyline is out today via Earache. You can stream/purchase the album here. To coincide with the album launch, the band organised a unique live recorded stream From The Skyline, in which they performed the album in its entirety. You can watch the full show here.

Mojo Skyline was recorded at Modern World Studios with the multi-platinum, award-winning producer Clint Murphy (Manic Street Preachers, Thunder, Devilskin), and offers a plenitude of tracks that leap across the spectrum of rock’n’roll, containing half a decade’s worth of the band’s raw soul and innermost demons. Sleek yet hard-hitting rock’n’roll rooted in blues soul, the band clutches the echoes of the genre’s most beloved household names, from the pure, raw poetry of Led Zeppelin to the nasty muscle of Guns ‘N Roses, and bring them kicking and screaming into the 21st Century.

In the run up to album launch The Dust Coda released three singles, which greatly exemplify what their sound is all about. Limbo Man is a gleaming rock ‘n’ roll track and in the accompanying video the band set loose at Dunsfold Park, the home of Top Gear, and in harmony with the adrenalised energy of “Limbo Man” with the help of classic Ford Mustangs. The second single, Breakdown, sees The Dust Coda developing a more mature song-writing direction. The third single Jimmy 2 Times crosses the genre defining boundaries of rock to create a unique soundscape, making the perfect setting for the outstanding accompanying video, which stars none other than British award-winning powerhouse Andrew Morahan as executive producer and it was directed by his prodigy Josh Trigg.

Mojo Skyline‘s vivid album cover is extracted from the mind of artist Nick Dwyer (who is best known for his eye-catching designs for Beavertown Brewery’s beloved brews such as Neck Oil and Gamma Ray).“I was trying to put across how these guys, who live and breathe destruction, dirt and chaos through their music might also spend their “down time” inhaling weirdness from other not so obvious places,” says Nick of the artwork. “They are on some sort of Natural Born Killers-esque trip, making a quick stop to watch a horror movie in the desert as the city disappears behind them. It’s a peyote sandwich washed down with whiskey and desert dust.”

The band comments: “We are thrilled to unleash this new record into the world, our next offering to the Gods of Rock n Roll – we know damn well they’re gonna love it! ”

Formed in 2015 around the nucleus of guitarist Adam Mackie and singer John Drake, The Dust Coda honed their sound during 2016 in the studio with award winning producer Clint Murphy. The band released their self-titled debut album in October 2017 to critical acclaim, were proclaimed “Ones To Watch” by Planet Rock and subsequently nominated for Best New Act 2017. During lockdown, The Dust Coda also released a four-track acoustic EP Early Days – Raw and Unplugged.

Having worked tirelessly building their live reputation across some of Britain’s favourite rock festivals, such as: Planet Rockstock, Winter’s End, Steelhouse Festival and Ramblin’ Man Fair; and with a touring schedule that has seen them share stages with Black Stone Cherry, The Dead Daisies and Iron Maiden’s Steve Harris, The Dust Coda will return to the iconic Ramblin’ Man Fair this year, performing on the prestigious main stage on Saturday 17th July 2021.

The Dust Coda are: