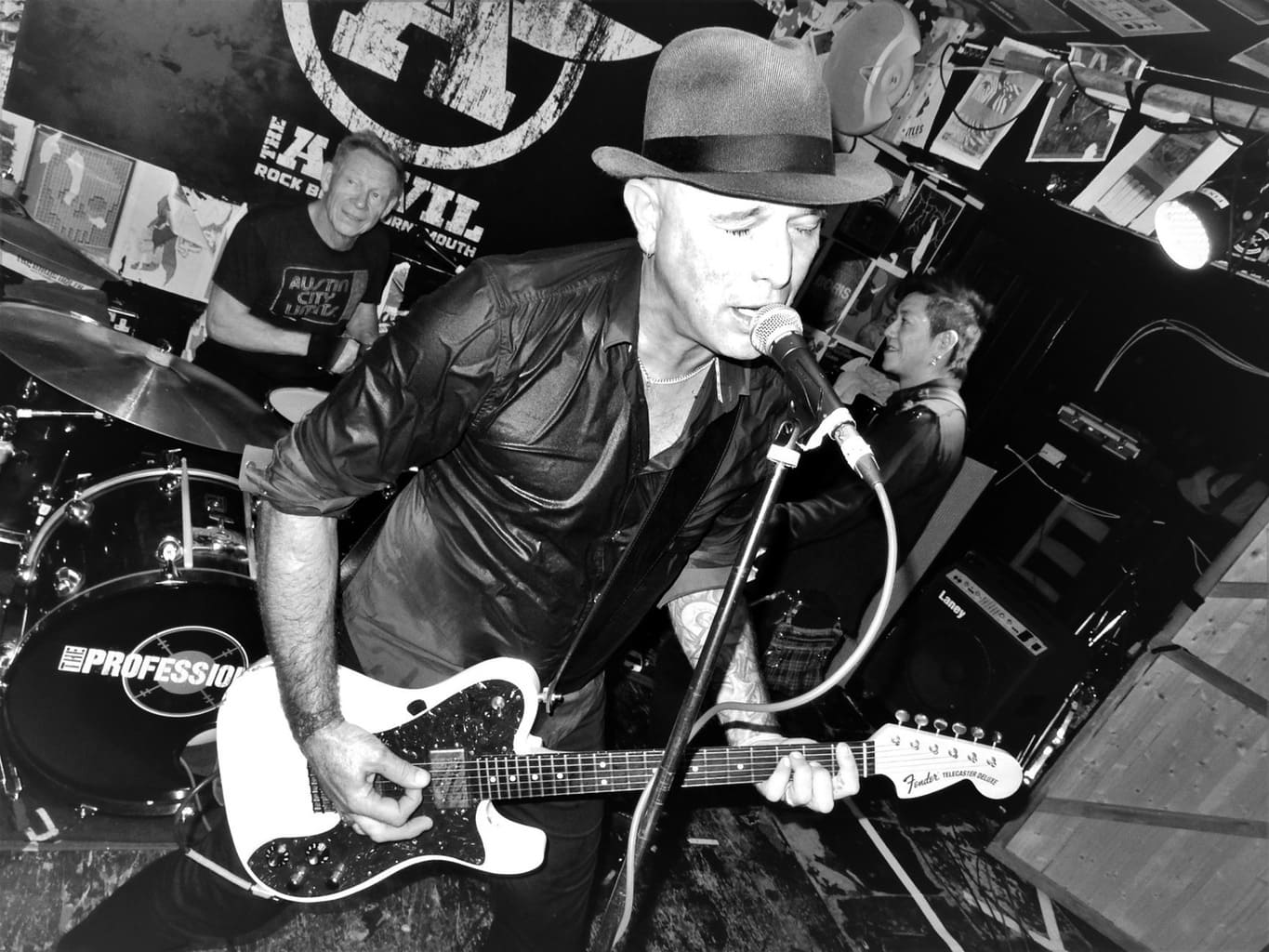 “It’s from the poppier side of the upcoming album and tells the tale of Cookie’s comeuppance after helping himself unknowingly to his daughter’s (herbally enhanced) chocolates. His daughter, the amazing Hollie Cook, features on the track with her distinctive backing vocals. Cookie went from peckish, to feeling the end was near, to sitting back and enjoying the ride – he really got spiked by his baby.” – The Professionals.

For the video, the band gained access to the empty Olympia development site, a unique location and an example of Victorian iron construction, which over the next few years to be transformed into a Westfields style mall. While empty the band “had some fun”, watch the ‘Spike Me Baby’.

Revitalised, re-energised and reinvigorated, The Professionals  new album SNAFU follows the release of their critically acclaimed 2017 album What In The World and is “Another step forward from “What in the World” but with keeping one foot planted in our old influences – bit of a stretch? Sometimes – but hopefully keeping true.” – The Professionals.

SNAFU bristles with conviction and finds The Professionals on electrifying form, delivering some of the most ballsy, honest and downright brilliant songs of their career.

“I’m really thrilled to be on the new Professionals album with Cookie and Tom, and a nice bonus, me and Billy Duffy get to play guitar together” exclaims Phil Collen.

“I always heed the call as a territorial when asked to join The Professionals” – Billy Duffy.

SNAFU’s 11 finely crafted songs, full of rock’n’roll attitude were produced by Dave Draper, with Paul Cook and Tom Spencer co-producing. The album is an aural treat, with no calculated image or reliance on nostalgia.

To pre-order SNAFU go to: www.theprofessionalsband.com/snafu .The album will be available as a limited edition CD in a box with a poster, limited edition gold 12” vinyl and download.

Formed from the ashes of the Sex Pistols by Paul Cook and Steve Jones, The Professionals remind us that music can still be straight to the point, efficient, honest and exciting, so brace yourself for their next chapter.

4. Punk Rock And A Hard Place.

9. The Elegant Art Of Falling Apart.