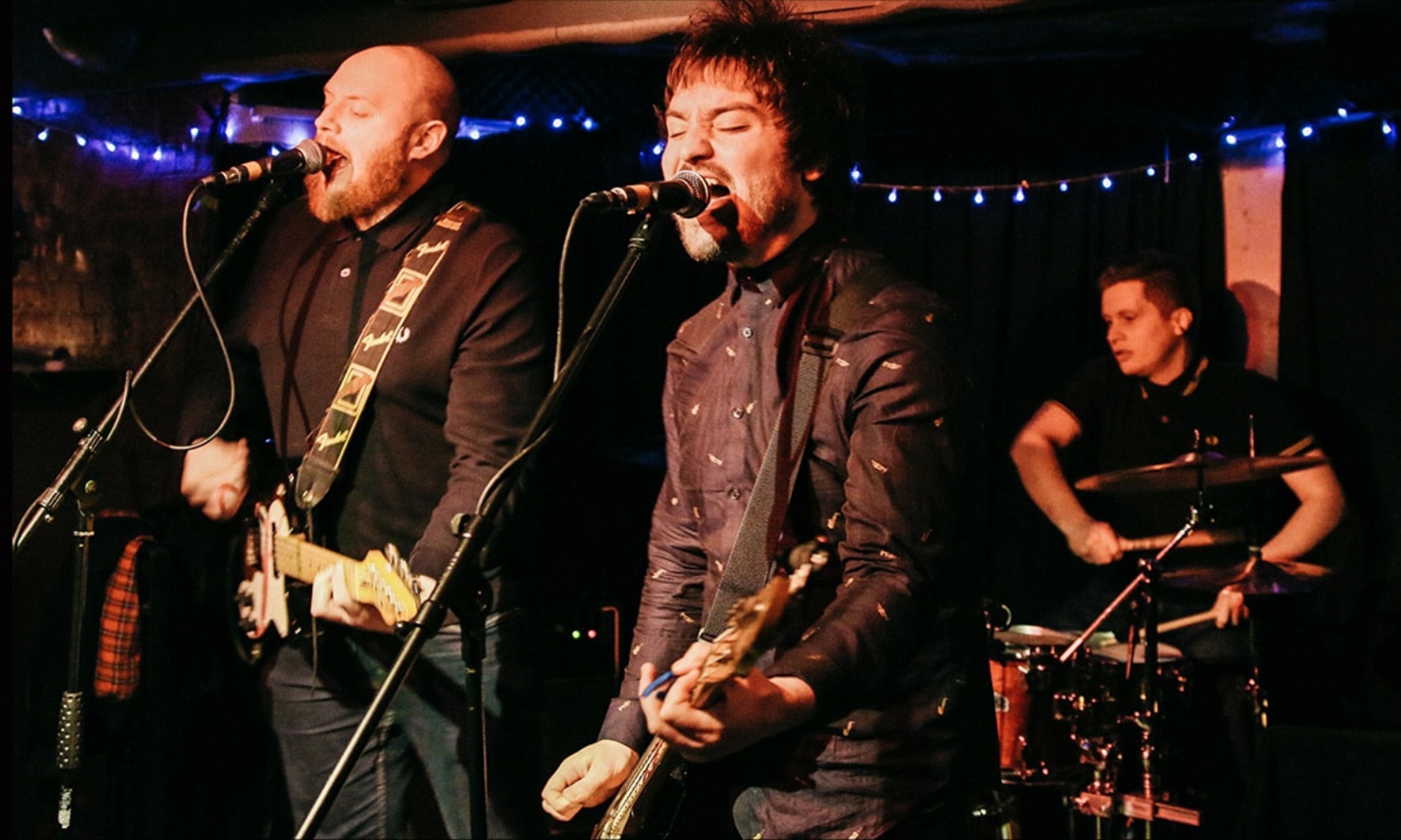 Formed in 2013, the band released their debut album This Is Now the following year on the German label Time For Action (Secret Affair, anyone?). Sophomore release Great Expectations was a full six years, coming out on 23rd October 2020, and even though I’ve seen the band play live a few times, I must admit it slipped under my radar. The newer material came to the attention of Punkinfocus at a recent streamed show at Concorde 2 in Brighton, and it became clear we’d missed out on reviewing a bit of a gem.

The band are a classic power trio, with vocals shared between bassist Charlie Russell and guitarist Leon Fenton. Their voices sit well together, Leon’s being slightly higher-pitched, and the songs are an equally effective blend of punk energy and pop sensibility. If you imagine a mix of The Buzzcocks, The Jam and The Chords, you won’t be far from their sound. Drummer Loz Hood completes the lineup with fast, tight beats and plenty of brisk fills scurrying around the kit.

A brief drum intro of rapid flam strokes takes us straight into the big hook chorus of opener As Good As It Gets.

“Take shit, there’s just so much of it,”

sums up how most of us must sometimes feel in these crazy days. It’s a great pop song, with pin-sharp stops, and a clap-along breakdown to voices and a pumping kick drum. Homemade Hell continues in a similar vein, with an insistent “bah, bah” vocal motif.

The singing on Glory Days has a plaintive quality that puts me in mind of the late great Darren ‘Wiz’ Brown of Mega City Four. The theme of toxic nostalgia seems to continue through I Won’t Remember: “Don’t mention the good old days, they’re gone in a fucking haze, and here I am staring at a screen…” Although following a similar mood, Stand With Me has a more positive twist, and employs a lovely change of rhythm in the second verse. The bouncing bass and staccato rhythm stabs are reminiscent of The Jam at their finest.

Waiting For The Radio was the current single when I last saw the band live, three or four years ago. It’s as catchy a slice of pop as you could wish for, with alternating vocals on the verses and a pre-chorus break down with delightful harmonies over a skittering hi-hat. Of course, this all leads inexorably to a massive singalong hook. I’m not sure whether it got played on the radio much, but it certainly should have been.

Title track Great Expectations is another glorious pop number, utilising frequent switches of vocal and repeated stops with a stunningly effective whole band push. I suspect its wistful lyric is more about unfulfilled potential generally than being dangled upside down in a churchyard by an escaped convict. The addition of some keyboards with a suitably retro organ sound is a nice touch, and the band’s signature call and response vocal is working brilliantly in the bridge section.

An intro snare roll worthy of Topper Headon from The Clash ushers in the guitar-driven Lemsip. By contrast, Never So has an acoustic feel, with the drums played with brushes and a vocal delivery that hints at that of Liam Gallagher from Oasis. The superb Don’t Let The Bastards Grind You Down takes us back to punky pop, evocative again of the early work of Mega City Four. It’s hard to pick a favourite in an album full of such finely crafted tunes, but this does it for me. The bass gets busy with shuddering octave hammer-ons; there’s a teasingly underused guitar motif, plus plenty of stops, builds and nifty flourishes on the drums.

There are echoes of Green Day in the slow build intro to When You Say Who Knows, another ludicrously catchy number featuring great harmonies and impressively fast and tight snare rolls. Needless to say, the concluding track Lose Our Way is another cracker, bouncing along on a lilting rhythm of bass octaves and bounding tom hits.

It was a long time coming, but this album was definitely worth the wait, densely packed with classic pop tunes played with punk energy and a critical attitude. It’s available to stream or download right now on all the usual platforms. The vinyl pressing has sold out, which is great for the band, so if you want a physical copy, you’ll need to try your luck on Discogs.

The streamed live set at Concorde 2 will be available on Fourface Digital’s YouTube channel:

As Good As It Gets

Waiting For The Radio

Don’t Let The Bastards Grind You Down

When You Say Who Knows 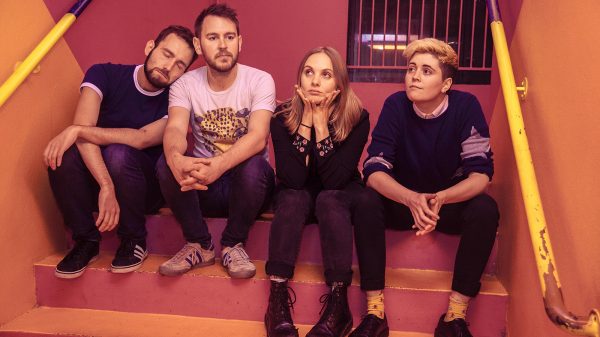