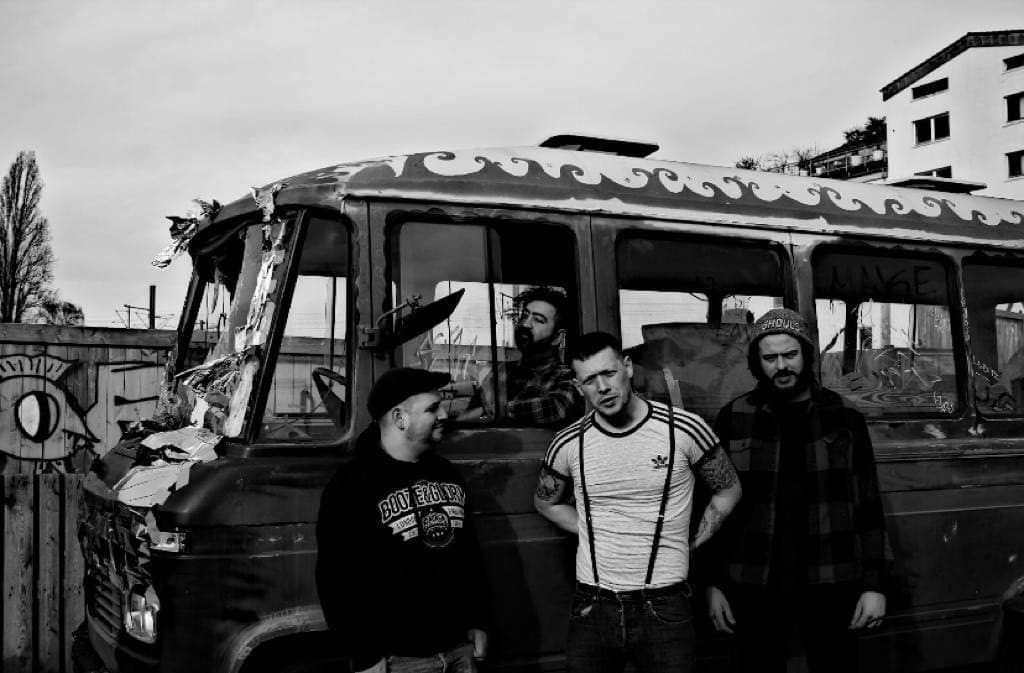 ‘Body Bag Your Scene’ album out now via Bomber Music

Yes, you heard that right. Riskee and the Ridicule played a gig. In 2020, when no one else could or would yet somehow, in those brief moments of respite between lockdowns and revolving trier systems, the Kent punks managed to take to a stage and unleashed many months’ worth of pent-up frustration and rage and it felt so fucking good. Despite the small ‘socially-distant’ crowd sat apart at tables, unable to stand up or move, nothing could suppress or hide their complete joy at hearing the music again. And then it was over, everything went quiet, and we scuttled back to our silent locked down isolation.

Of course, it should not have been this way. In 2019, the band released their new album – the spectacular ‘Body Bag Your Scene’ – through Bomber Music. It went down a storm, they played explosive sets at Rebellion and Boomtown festivals and were looking forward to the months ahead of taking the albums energy across the world and well, you know what happened next. Our world ended.

Thankfully, just before the pandemic came down like a hammer, Riskee and the Ridicule recorded three brand new songs and put out the first two throughout 2020, starting with the Brexit-baiting’ Blue Jacket’, followed by their majestic cover of Lana Del Rey’s award-winning 2013 smash-hit, ‘Young and Beautiful’.

Now, the third of these three songs is ready to be set free upon the world. Titled ‘Backwords 2’, it links to the song ‘Backwords’ that was featured on their 2017 album ‘Blame Culture’.

“Backwords 2″ is a song about the influence of the media on the general public, how they can be so easily swayed by spun truths and false words,” explains front man Scott Picking. “The close-minded approach to the world we live in has to be torn up. It’s less like a sequel to “Backwords” and more like a progression. We’re a different band who have got better at what we do, this felt like a way to showcase that with different dynamics and new wordplay. Right now, it’s a frustrating and limiting time to be in a band: travel restrictions from the mess that is Brexit still loom, too many venues are suffering or closing down, and we miss playing live. ‘Backwords 2’ put those feelings into a direct song.”

A brief scratched-guitar harmonic signals the start of ‘Backwords 2’, before the band pile in and channel all of the feelings expressed above into the song with passion and conviction then allowing the song to give way to the kind of addictive hook-filled melodic chorus they are quicky becoming renowned for.

Catch the band live at the following dates in 2021.

In this article:Backwords 2, Grime punk, Riskee and the Ridicule, Video